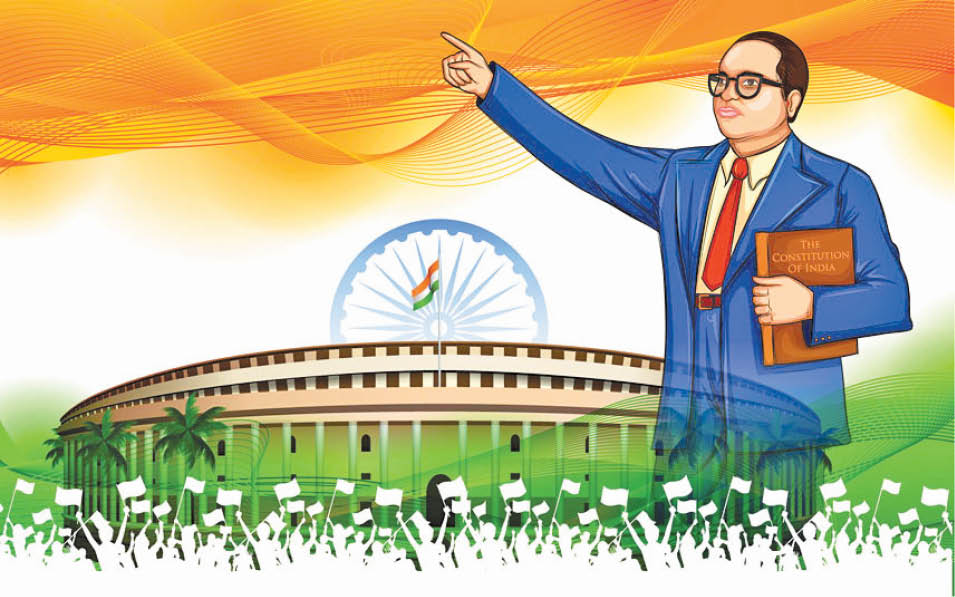 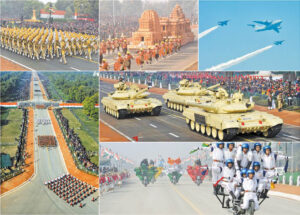 India celebrates her glorious 74th Republic Day on January 26, 2023, which marks the date on which the Constitution of India came into effect (26 January, 1950). Though India attained Independence on August 14, 1947, she didn’t have a permanent constitution until 26th January, 1950. Prior to 1950, Indian laws were based on the Government of India Act – 1935, which was the UK’s Act of the Parliament.

In a tribute to the Indian National Army veterans, people and tribal communities who participated in the freedom movement, the 74th Republic Day will be commemorated in a week-long celebrations, commencing from 23rd January, 2023, marking the birth anniversary of Netaji Subhas Chandra Bose, culminating on 30th January, observed as Martyrs’ Day.

Along with the traditional march at Kartavya Path, various new events are being organised. Egypt President Abdel Fattah Al Sisi will preside as the Chief Guest for R-Day this year, and a 120-member Egyptian contingent will also march during the celebrations on Kartavaya Path. From the largest drone show in India with 3,500 indigenous UAVs to a finale featuring playback singer Kailash Kher, India is set to witness grand celebrations on Republic Day 2023, that will showcase the nation’s cultural diversity, the rise of the start-up ecosystem and Digital India. 32 officers and 166 cadets from 19 countries are expected to participate in the celebrations.

This will be the first Republic Day celebrations hosted at the ceremonial boulevard after Rajpath was renamed to ‘Kartavya Path’ last year. The Republic Day celebrations will be held in the spirit of greater ‘janbhagdari’ (public participation) and workers of Central Vista project and their family members, maintenance workers of Kartavya Path, vegetable vendors, milk booth workers, grocery shopkeepers and rickshaw-pullers will be ‘special invitees’, and be prominently seated at the Kartavya Path.

In addition to various traditional dances and art forms by over 1,200 performers, the Indian Armed Forces will showcase its prowess through Horse Show, Khukuri Dance, Motorcycle Display, Air Warrior Drill, Navy Band, etc. Nine Rafale fighter aircrafts will participate in the fly-past over the Kartvyapath during the grand Republic Day Parade. The Republic Day flypast will comprise 45 IAF aircrafts of the Indian Air Force.


The significance of the Constitution lies in the fact that it ensures that those who make decisions on behalf of the public fairly represent public opinion. It also sets out ways to make those in power accountable to the people they serve. The constitution is the foundation on which the edifice of democracy is built and functions. It defines the rights and responsibilities of a citizen over state and other persons.  It also determines the duty of the state and the duty of the individual vis a vis the country.

26th January is a reminder to what ‘we the people of India had solemnly resolved to constitute India into’ – ‘a Sovereign Socialist Secular Democratic Republic’ and to secure to all its citizens:

As 23rd January also marks the birthday of the national hero, Netaji Subhash Chandra Bose, this day is also celebrated as ‘Parakram Diwas’ or day of courage. Netaji continues to be fondly remembered, was initially influenced by the teachings of Mahatma Gandhi and had joined the Indian National Congress. But he also had the courage of his convictions to differ with Gandhi and the Congress, to move on and walk his own path, on his own terms. He refused to follow herd-mentality, which is the test of a true leader.

In 1930, he was imprisoned for a year, during the Civil Disobedience Movement. Later, he was expelled from India to Europe but taking advantage of the situation, he worked to strengthen the ties between the two countries. He had the ability to turn adversity to his advantage, which is yet another quality of a good leader.

Netaji believed that reality is, after all, too big for our frail understanding to fully comprehend. Nevertheless, we had to build our life on the theory which contains the maximum truth. One individual may die for an idea, but that idea will, after his death, incarnate itself in a thousand lives.

The following are two famous quotes of Netaji to aptly conclude this article:

“The greatest crime is to compromise with injustice and wrong. Remember the eternal law: you must give if you want to get.”

“Freedom is not given, it is taken.”

Long live the letter and spirit of our magnificent Constitution and long live the courageous spirit of Netaji Subhash Chandra Bose! Happy Republic Day to all!