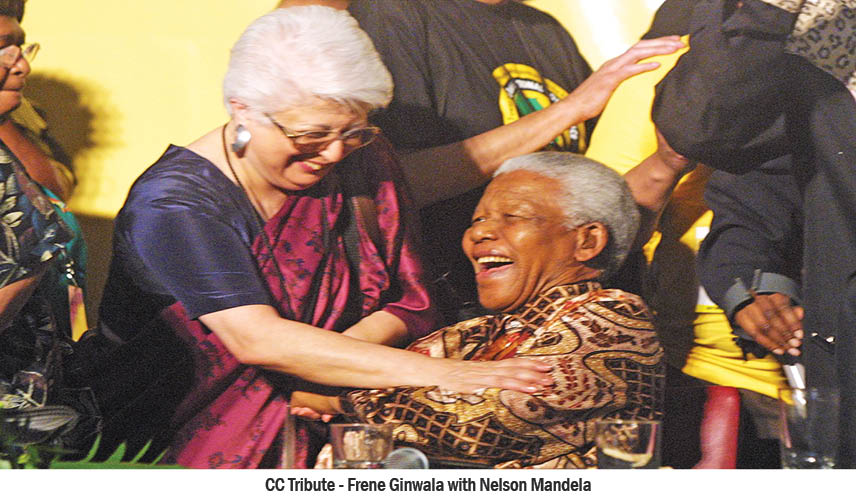 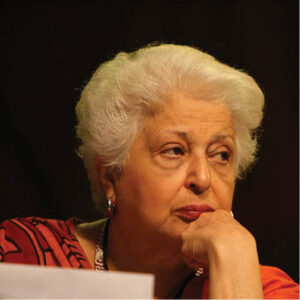 Cyril Ramaphosa, South African President, shared the tribute, “Frene Ginwala epitomised the ethos and expectations of our then fledgling Constitution and played an important role in building the capacity of Parliament through the transformation of activists and leaders into lawmakers who were, in turn, able to transform our country. Beyond African shores, she positioned our young democracy both as one that had as much to contribute to as it had to learn from global precedents and experience. On behalf of the nation and of the legislative, executive and judicial components of the State, (I offer my) sincere condolences to Dr. Ginwala’s family, her nephews Cyrus, Sohrab and Zavareh, and their families.”

After a ban was imposed on the ANC (African National Congress) and the apartheid government arrested the High Command leaders in 1963, Frene was instrumental in helping many ANC members, including Nelson Mandela. She also helped establish ANC in exile in Tanzania. She participated in the anti-apartheid struggle and fought for democratic dispensation of South Africa as an academic, lawyer, activist, journalist and political leader.

Born on April 25, 1932, Frene Ginwala was the grandchild of one of the few Parsi families who had emigrated from India. She studied in the UK before relocating from South Africa to settle in Mozambique with her parents. In 2005, she was honoured with the Order of Luthuli in Silver for her contribution.

Frene’s friend and fellow human rights activist, Zerbanoo Gifford – also the founder of the ASHA Foundation in the UK, shared a heartfelt tribute on her passing, excerpts include: “Frene Ginwalla was a great soul. Respected for her determination to see the end of the barbaric apartheid regime that illegally ruled South Africa from 1948 to 1994.  Frene was a heroine not just to me but many people who admired her courage and steadfastness.

Frene came from a wealthy and cultured Zoroastrian family.  She studied Law in Britain and returned to South African and joined the ANC (African National Congress). With a break to edit Tanzania’s national newspaper, she returned to England where she received her PHD from Oxford and worked at the ANC President’s office in London. When Frene finally returned to her home in South Africa, she made history by being the first woman speaker of their Parliament. She was a striking figure respected for her acute brain and understanding of world politics. Frene lived in London and lead the ANC outside South Africa. She inspired me to take up the fight against the apartheid regime in South Africa. She was a strategist and fearless and hated the way government continued to be racist against Black people.

Frene will live forever in the hearts of all those that fought the horrors of apartheid and those that endured those terrible years of vicious racism.”