“My heartfelt congratulations to Parsi Times on its special 10th anniversary. Being one of the leading Parsi publications, it has played a vital role in producing high quality content for its readers. PT has always made a significant contribution in highlighting positive and great achievements of our dear community. On this wonderful milestone, I wish […]

The 71st East Bombay Zoroastrian (EBZ) Guides and 16th EBZ Scouts commemorated their Annual Day on 8th October, 2017, at Albless Baug, commencing with a jasan ceremony. Each year, the Young Zoroastrian Society (combination of the scouts and guides) sponsors and performs the navjote ceremony of a Zoroastrian child from an economically weak family. This […]

The 31st Valedictory function of the Holiday Programme for Youth (HPY) took place on 4th June, 2017 at the JB Vachha High School, where over a hundred and seventy just-out-of-school teenagers spent a month participating in entertaining and informative activities. Commencing on a pious note, Er. Firdosh Pavri invoked the blessings of the Almighty, followed […] 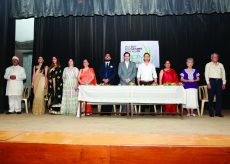 The 31st chapter of the Holiday Programme for Youth (HPY) marked the start of a new chapter in the lives of fifteen-year-old participants at the JB Vaccha High School, on 7th May, 2017. The inauguration ceremony that commenced with a short prayer by Er. Rohinton Pavri, was attended by Chief Guest, Dr. Coomi Vevaina, internationally […] 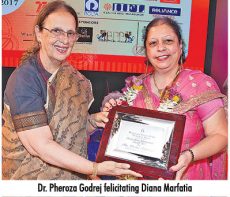 ‘The future belongs to those who believe in the beauty of their dreams’ – Eleanor Roosevelt. Education is the key to solving many problems, creating a sustainable planet and fostering peace. We live in a global society – with all countries interconnected in virtually every aspect of life. Today, the flow of ideas, information and […]

The past two months witnessed much buzz anticipating the big day – HPY’s big bash on the 4th of June, 2016, celebrating its 30th or Pearl Anniversary – with a fab musical play ‘That One Month’, by Meherzad Patel, followed by dinner by Joss, at the Jamshedji Bhabha theatre, NCPA. Thus embodying the very […]