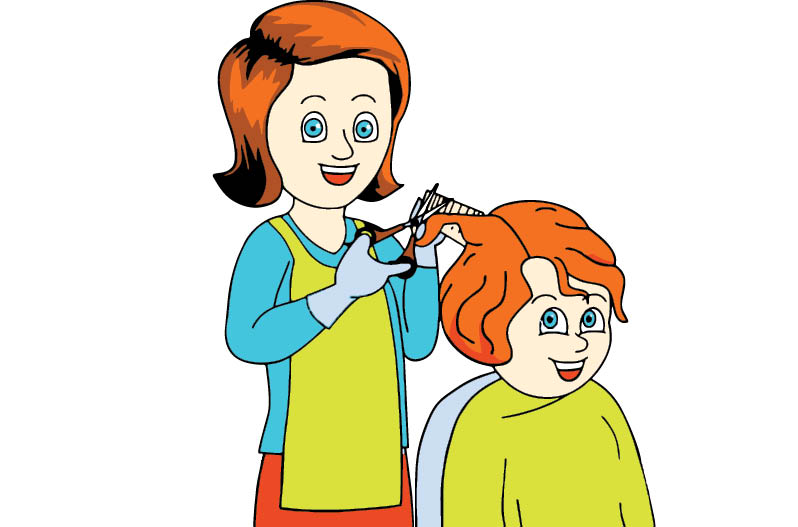 Meherbai’s Mandli met at the PVM  Gymkhana for a chai-pe-charcha, usually referred to by their husbands as ‘Khotta-Kharcha’ – the usual, boring male point of view being – why spend on tea or coffee at Clubs, five-star hotels or expensive Coffee-Shops when you can easily make tea or coffee at home. The female point of view was that the males have completely missed the point – who is talking about Chai-Coffee? We meet to enjoy each other’s company without our husbands because husbands cramp our style! Eating or drinking is only incidental!

At today’s charcha, Dinaz was absent as she was suffering from depression supposedly due to a bad hair-cut. Her regular Chinese girl (at C Sharp or B Blunt?) was absent and the new girl chopped and chopped her hair into a short boy-cut, looking exactly like her son’s haircut! Even her son asked, “Mummy, you went to a gent’s saloon or what?”  Her husband, Dinsu, who loved her shoulder-length bob said, “Where is your hair? Grow it back this minute!’  All this resulted in Dinaz getting depressed.

I don’t blame her. For a woman, any woman, snipping off some hair could be very traumatic. You are never too young (or too old) to have your world shattered by a scissor-wielding psychopath. So today the Mandli discussed HAIR HORRORS, with Meherbai remembering how Madam Jaques at the Taj had given her a boy-cut and how she was ragged for it at school. Abhan Aban remembered how she went to Rocco’s Italian Saloon near Strand Cinema for an Audrey Hepburn fringe which she promptly grew back. After that she went in for a boy-cut given by her father-in-law’s ‘hajam’. It was the best cut she had, just as it was the best shave her ‘Sasraji’ had! Soon the ‘Hajam’ died and she changed more hair-dressing Saloons than Liz Taylors’ husbands, like Red Heaven, Blue Heaven, Singapore, Hong Kong, B-Sharp, B-Blunt, Mad-O-What, Jaari-Pendi-Trendy, Combs over Scissors, Scissors over Combs, Forks over Spoons (Sorry ! the last one is a coffee-shop)! 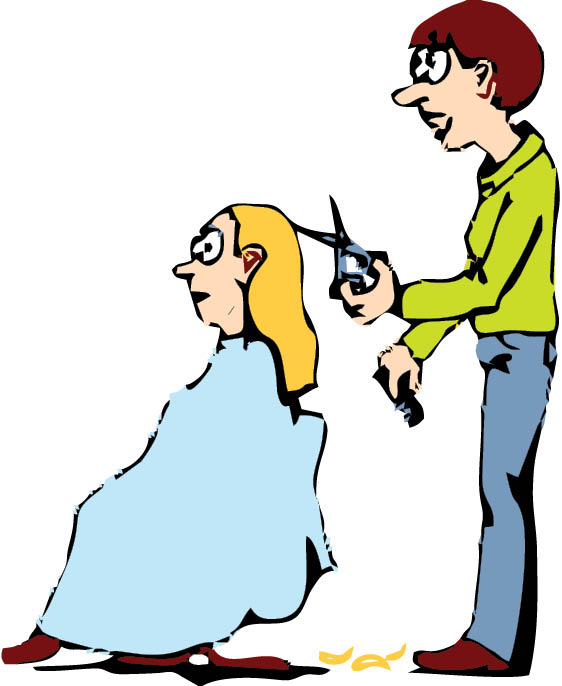 Katy remembered her hip-length hair in college which she tied in a ponytail and all the boys calling it ‘Jhadoo-Style’. In desperation, she converted the pony tail into a  big flat bun at her nape and the same boys promptly called it ‘Gober-Style’! Banoo remembered her Bee-Hive days in the 60’s when she would tease (back-comb) her hair thinking she looked like Asha Parekh, Babita and Vijyantimala, all rolled into one, when in reality her hair appeared like a bird had built a nest in it! Her boyfriend Bomi called it ‘TOPLA-style!’

Perin and her perm – a tragic story, came next. Perin went to one of those fancy saloons for a soft-perm as her hair lacked volume. What she got was a frizzy-Afro-perm with her granny asking her, ‘you actually paid to look like this?’ What’s more, she lost chunks of hair and got a bald-patch due to the shoddy-perm. Mithoo lightened the tragic atmosphere when she related how she got a Meena Kumari spiral cork-screw kiss-curl on the right side of her forehead and how her hubby hit the kiss-curl with a rolled news-paper thinking it to be a caterpillar!

“Something strange happens to me!” said Sooni. “Whenever my hairstyle looks a mess, I ring the salon only to be told that they can’t take me for the next four days. I make an appointment for the fifth day wondering how I’ll face the world till the hair-cut. Comes the big-day and I get up in the morning looking perfect! My hair’s never looked better but I am committed I have an appointment. So I go to the Chamber of Horrors to put my head into the hands of a callous, uncaring person who will chop off my crowning glory with the same enthusiasm as the executioners who chopped heads during the French Revolution. Am I exaggerating? Of course not. I am always in tears when I come home because I looked better before I entered the saloon!”

Everyone started comforting Sooni ‘you poor thing’ and Jaloo got very jealous. She said, “I was actually traumatised by my grandfather in childhood till I was 7 or 8. He would take me to his gent’s saloon. I would cry on top of my lungs after every hair-cut, so to pacify me Grandpa would take me to the restaurant which was just next door. It was called Kichenet. It had a big publicity poster right outside the restaurant on which there were two sailors (or was it two soldiers?) in which one of them was saying to the other ‘Don’t Worry Joe, War Or No War, Kichenet Dishes Are Swell!’ The poster was there for about 20 years and had become quite a land-mark!

Over hairy-conversations, the girls, all over 70, had demolished dozens of bheja-cutlets, chicken-sandwiches, bhel, dahi-bata puri, tikkas and kababs. Of course they didn’t order more because ghere jaine husband sathe proper bhonu khavanu chey.

As Meherbai was the acknowledged ‘intellectual’ of the group, she summed-up the ‘gyan’, as always, thus, “Charles Revson, the founder of cosmetic giant REVLON, used to say that even though he made his fortune with cosmetics, he understood that no matter how perfect a woman’s make-up, no matter how new or beautiful her dress, if her hair didn’t comb just the way she thought it should, she felt insecure and hated the way she looked. I think he is absolutely right. No one can talk us into believing that a bad haircut is good fashion. It’s our hair, just as it’s our life and we have every right to do what makes us look nice!”

Everyone clapped saying, “WAH! WAH!  Meherbai, su tamaru knowledge chey! You can talk intelligently on any and every topic under the sun!” To which Meherbai replied, “I am what I am today, only because of my Meherwan. I was just a stupid, giggly college girl when we married. I would not have bloomed and blossomed if I was married to anyone else. ‘Mari jaoon mahara Mehlli ni Talki (bald head) par thi!!”