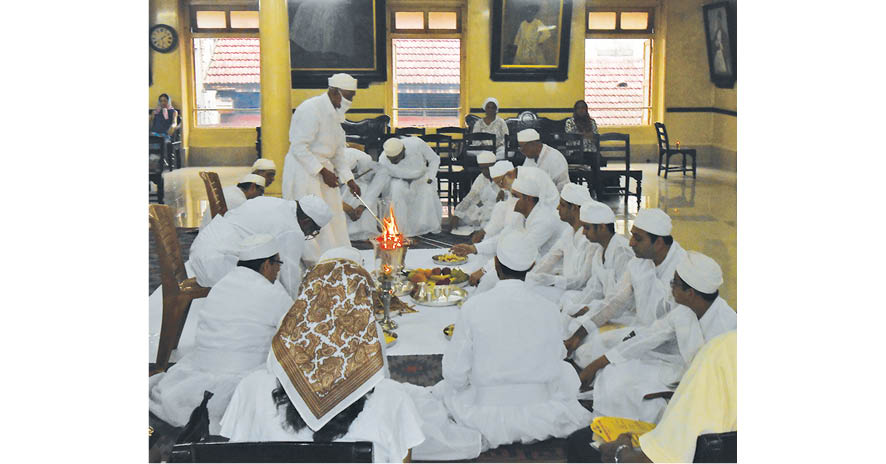 The word ‘Anjuman’ signifies the laity and as thus, this was an Atash Behram for the people, and funded and built by the people. During the Atash Behram’s construction, the late Dasturji Dr. Jamaspji Minocherji JamaspAsa commenced collecting donations and visited Dasturji Kukadaru Saheb for help as the funds had fallen short. It is then that Dasturji Kukadaru Saheb asked for a brick to be put in another room and prayed through the night, turning it into a brick of gold, which eventually fetched Rs.10,000/-, the exact amount needed to complete the Atash Behram! Elucidating on the stages of building and modernising the Atash Behram, Er. JamaspAsa said, “The main edifice was established in 1897. The Aadaryaan was established on 17 July, 1925 due to the donations from Kaikhusroo Hormusji Bhiwandiwalla. Thereafter, the structure has been revamped twice, the last occasion being the centenary year. The magnificent edifice requires constant upkeep and repair and the committee has set up a ‘Repair Fund’ which we hope to increase further in the near future as the structure is in need of a complete over haul once more. ‘Ardibehesht’ signifies fire and this was an auspicious day to consecrate the Fire Temple and the Jashan ceremony to honour the Atash Behram is held every year on this auspicious day.”