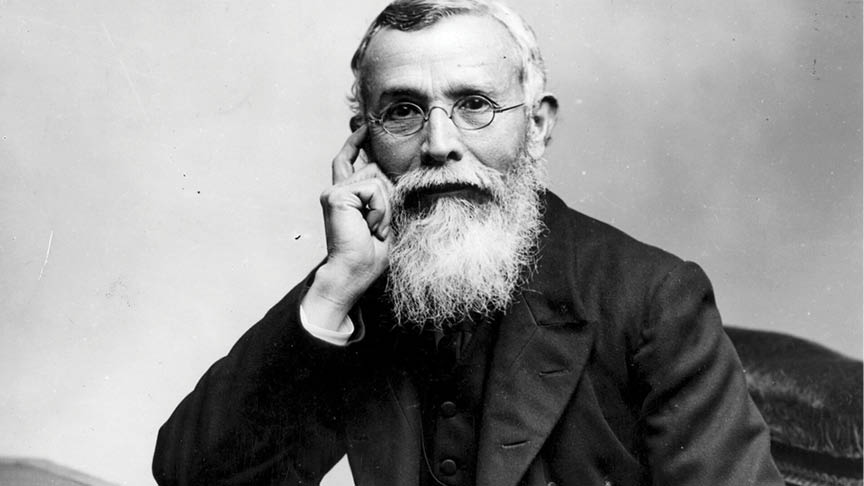 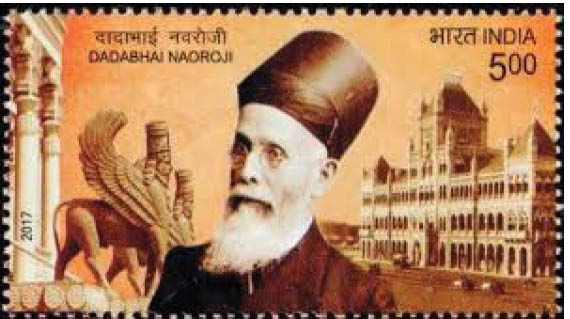 The 4th of September marked the Birth Anniversary of one of our Community’s greatest legends – Dadabhai Naoroji (born on 4 September, 1825). Having earned the title of the ‘Grand Old Man of India’, Dadabhai Naoroji was perhaps one of the greatest leaders of our nation, having known to have influenced among many others, Mahatma Gandhi, Mohamed Ali Jinnah and Sir Pherozeshah Mehta. Dadabhai Naoroji was a multifaceted personality — nationalist, statesman, educationist, economist, social reformer and parliamentarian. The qualities that endeared him even to those whom he opposed were his sense of fairness and fearlessness. Lives of great men like Dadabhai constantly remind us that it is character that endears a true leader to not only the masses but even to those who hold a different ideology.

As an ordained Zoroastrian priest it pained Dadabhai to see all forms of superstitious beliefs and practices that had crept into the mind and heart of his fellow Parsi Zoroastrians. In 1851, he founded a society called the Rahnumae Mazdayasne Sabha to restore the Zoroastrian religion to its original purity and simplicity. The society is still operational in Mumbai. He also started two religious magazines – Dharma Marg Darshak and Rast Goftar to educate Parsis about their religion. Some of his Parsi critics indulged in calumny. However, he declined descending to their level. Taking his stand on reason, he challenged them to meet him on that ground. In the end the light of reason succeeded in dispelling the darkness of ignorance and superstition and the religion of Prophet Zarathushtra was weaned from many alien accretions.

Dadabhai advised and assisted the Maharaja, Malharrao Gaekwad, of Baroda in managing various issues with British Agents, and pleaded his case in London. In return, the Maharaja offered Dadabhai the post of Diwan (Prime Minister) of Baroda State. Whilst assuming the reins of office, Dadabhai told the Maharaja, “I am not accepting your service for gain or glory. My ambition is to bring about, with your kind co-operation, reform in the administration of your State. As long as I have your confidence and feel I am useful, all my energy will be at Your Highness’ disposal. But the moment I find that the mutual goodwill is lost, or that my usefulness has ceased, I shall go.”

In his capacity as Diwan of Baroda, he introduced several reforms but later resigned and left Baroda on January 11, 1875. Dadabhai was too honest and straightforward to be of long term service to a weak Maharaja of a State ridden with corruption and a court saturated with intrigue. As a tribute, the Maharaja Sayajirao University of Baroda has named one of its student hostels as Dadabhai Naoroji Hall. 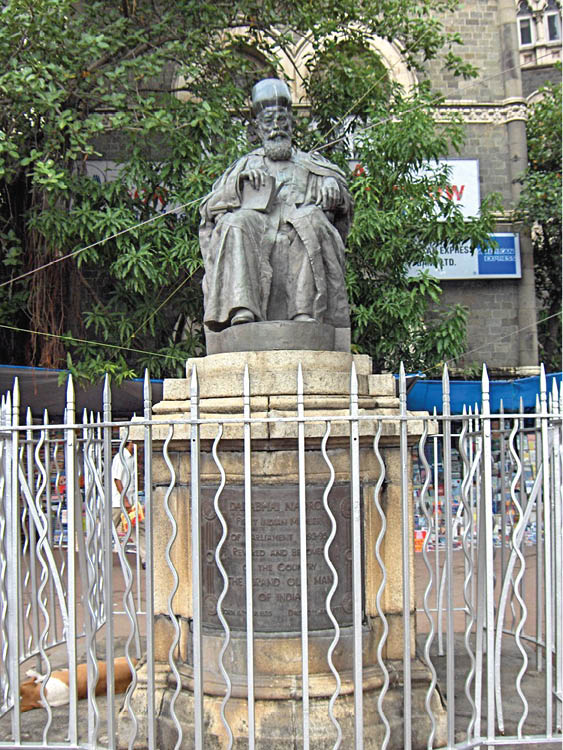 Dadabhai’s Tryst With The Brits:

Even when critical, Dadabhai always maintained fairness. The root principles of his political philosophy was India’s wrongs should not blind her to the benefits of British rule. On 31 January, 1897, in a representation made to Welby Commission, Dadabhai Naoroji underlined, “Nobody can more appreciate the benefits of the British connection than I do, but it must be understood that the British Empire in India is built up entirely with the money of India, and, in a great measure, by the blood of India”.

In 1886 he contested in the British Parliament elections but was defeated as his Conservative opponent had everything on his side – personal influence and wealth, the strong Tory character of the Holborn constituency, the antipathy of Englishmen generally to the Home Rule policy of Gladstone, and above all, a split in the Liberal camp. The result, though not a triumph, inspired hopes of success at a subsequent election. For Dadabhai, this failure to win only made him better and not bitter.

He went back to England after the Congress, and got elected to the British Parliament. He was the very first Asian to be elected to the British Parliament and in spite of the Prime Minister, Lord Salisbury calling this fair skinned Indian Parsi “a Black Man”. Contrary to all expectations and in keeping with the British sense of fair play, these words caused a sensation all over England, and gained more publicity for Dadabhai, improved his reputation and standing, and got him a great deal of support. It is said that even Queen Victoria was upset that one of her patriotic Indian subjects should have been so insulted by the Prime Minister. As a result of all this, Dadabhai was elected to the British House of Commons in 1892, the first Indian to enter the House of Commons more than a century ago. His victory was by a narrow margin of votes and therefore the English who had difficulty in pronouncing Naoroji found it easier to call him, “Mr. Narrow Margin”!

In the heat and dust of political campaigns a lot of muck was thrown on Dadabhai. However, Dadabhai never stooped to conquer – he would rather build his character as such, that no one would believe his detractors. Dadabhai was elected to the British Parliament on the 5th of July 1892 and entered the House of Commons as a Liberal, representing the Central Finsbury constituency. He delivered his maiden speech in the House of Commons in August 1892. Dadabhai’s commitment as a Member of Parliament was exemplary – making the time where there was apparently none, duty before self and determination to make a difference despite all odds.

Dadabhai had the finesse and grace to disagree with his opponents in an agreeable manner. His fellow Member of Parliament and lifelong friend, Samuel Smith once said, “A more single-minded man was never born, and though I did not quite agree with Mr. Naoroji on all points, we learnt to respect each other, each believing that the other was doing his best for the cause.”

Dadabhai’s success on being elected to the Parliament was followed by two other Indian Parsis – Sir Muncherjee Merwanji Bhownagree and Sir Sorabji Saklatvala. Dadabhai’s reputation and his help facilitated the political careers of both these gentlemen. Sadly, Dadabhai was not successful in getting himself elected for subsequent terms of office in the British Parliament. However, he took his defeats calmly and gracefully. In a letter to Sir George Birdwood, he wrote: “The wave against the Liberals has been irresistible. However, I am not depressed or discouraged. In the well-nigh fifty years of my public life, I had my success and reverses and the present defeat cannot affect me more than any did before”.

The high-toned message which he sent to his fellow countrymen indicates that his failure simply made him face the world with redoubled energy. He said, “In such a general wreck of the Liberal Party, I have suffered as one of them. But the only policy upon which I have acted through life – the policy of ‘Go on with patience and perseverance’ whether successful or unsuccessful in any good cause – is the one upon which I shall act now as ever before. As long as I have the health and opportunity of serving my country I shall continue to do so. This is the last work of my life, and I intend to go on with it”.

Much later, when contesting from the North Lambeth constituency various false and fabricated allegations were leveled against him. Sir Wedderburn could foresee that the tide was not in favour of Dadabhai’s victory and he tried in vain to persuade Dadabhai to withdraw from politics. Dadabhai’s response was, “I cannot withdraw from the contest on any account. I shall be 80 next September and this is my only and last chance to stand. Nobody knows better than you that I have no ambition or self-interest in this work, but simply a duty to humanity, to hundreds of millions of our suffering fellow-subjects in India and the suffering poor in this country”.

Ultimately, as Sir Wedderburn expected the electors showed that they were more concerned about their local wants than the needs of India. Dadabhai lost the election but said, “I am not in any way influenced by any disappointments. I am always prepared for them, and, leaving them behind, I go on with my work. I never worry about them.”

He was, as always, graceful even in defeat and even the South London Press observed, “Mr. Naoroji is generous. Questioned as to the result of the North Lambeth election, he remarked that he had nothing to say except that he was pleased that a Liberal had won the seat”.

Dadabhai’s life is a saga in the pursuit of excellence – constantly going beyond his call of duty, doing more than what others expected of him, striving and maintaining the highest standards day to day, looking after the smallest detail, going the extra mile, doing his best in everything and in ever way and a lifelong race in getting ahead of himself instead of others.

It is said, the secret of happiness is simple: find out what you truly love to do and then direct all your energy towards doing it. Dadabhai did just that. His true love was improving the quality of life for all Indians and he directed all his energy in the pursuit of that lofty goal. He was indeed a true follower of Prophet Zarathushtra’s precept, “Happiness to him who makes others happy”.