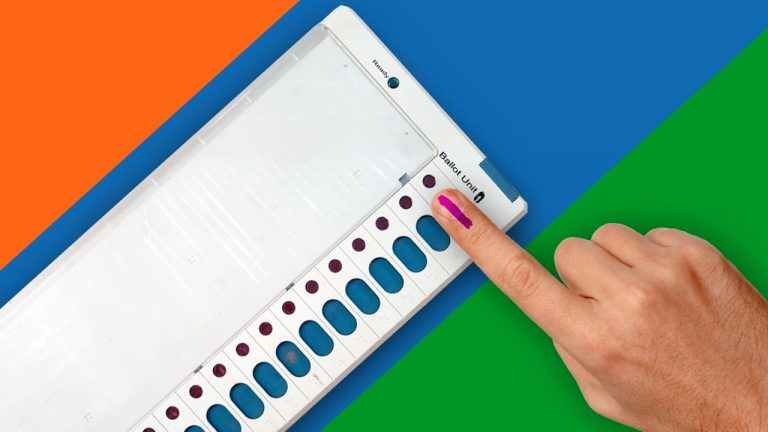 In keeping with tradition, Meherbai’s Mandli met for their annual Mango-party at Meherbai’s house. As elections were in the air, everyone felt like saying something about it. Meherbai placed a huge bowl of chilled, diced mangoes and another of mango ice-cream, along with mango cheese cakes and milk-shakes for the Mandli. She loved feeding her friends… when the Mandli was stuffed right up to their eyeballs with mango, the discussion started.

Behram Book-worm: Because no one knows till the end whether the butler did it or not!

Faramji Film-buff: Because of the suspense! No one knows who people will vote for until the results.

Abhan Aban: (Getting up from the chair) Meherbai, I want to stand for elections.

Meherbai: Besi jaa dikra, you are not qualified enough and have no experience.

Abhan Aban: There’s a first time for everything and if people with criminal records can stand as candidates, why can’t I?

Abhan Aban: But that’s exactly what all politicians do! I’ll do a double-demonetisation and promise flats in Parsi Colonies to all Parsi farmers. I’ll also promise to deposit Rs.10 lacs in every Parsi Bank-account

Baji Bun-Pao: But now there are very few Parsis left, leave alone Parsi Farmers. And from where will you get so much money?

Abhan Aban: I’ll think about it after I win the elections. I’ll also start free Yoga classes for the masses. I’ll also make everything Digital. Even Lagans and Navjotes will prefer the digital mode like the digital poojas abroad conducted by computers. Even food will go on digital mode and sent to every guest on Whatsapp so they’re happy just looking at it. The pehramnis can go straight to the bank account of the host and added to my gift of Rs.10 lacs!

Coomi Kaajwali: You’ll destroy the very fabric of our Parsi-panoo. The Lagans and Navjotes will lose their charm, less people will marry and I’ll be out of my match-making business. In fact, Meherbai, you should stand for elections because your English and Hindi is much better than Chamta Didi’s. At least we can understand what you are saying but in Didi’s case, we don’t understand the language she speaks in – Hindi, Bengali, Assamese, Nepali or Sanskrit!

Meherbai: Arrey Coomimai, I wouldn’t stand for any elections because politics is just not my cup of tea.

Marerey! Even when I speak a tiny white lie to Meherwanji, my conscience doesn’t let me sleep all night and I confess everything the next day!

Esky-Meski-Daisy: My husband, Loveji, would make an excellent politician because he never speaks the truth! It’s another matter he always gets caught…

Loveji: That’s because whenever I come from a boy’s night-out, you sniff my mouth like a police-no-kutro and resume the same old stuck gramaphone record – tamuney peeva na kahyu to bhi piyoj pela Bomi-Bevda saathey!

Vicaji Vaaghmaru: Jarak bi nahi! That’s against the rules of the Election Commission because it amounts to bribery!

Abhan Aban: How Hema Malini asked Dharmendra to recite their Sholay dialogues at her Mathura election rally – I’ll ask Danish Irani and Danish Khambatta to maro some of their funny jokes. I bet I’ll get ten votes for every joke.

Jimmy Jambox: Aban! You are yourself a joke if you are serious about entering politics.

Meherbai: Very true. Modiji came to power because the public voted against the numerous scams and a Prime Minister who wouldn’t open his mouth!

Ketayun Khadhri: Here , Hear! Well said! Tomorrow the Mandli will vote against Meherbai if she stops her wining and dining and all the Khani-Peenis for the members.

Everyone Chorused: Everyone is not like you Ketayun! You live to eat, whereas we eat to live!