Yes, that’s true!  Many of us use our devices in ways that annoy and irritate others – we inadvertently use our cells inappropriately, during the most incorrect times. 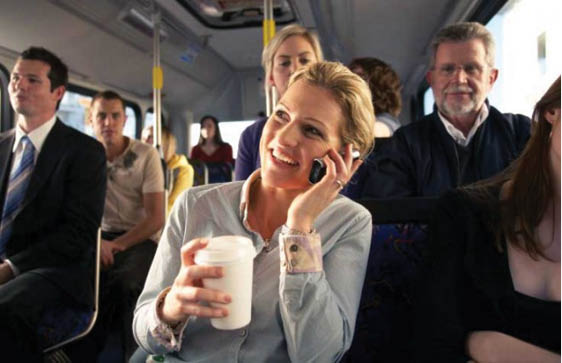 It’s time to up that Cell-etiquette, but in order to do so, you need to know where you’re going wrong…

Making calls on Speakerphone: This is an absolute violation of my right to enjoy an interruption-free trip, commute or wait! Dude, that’s really rude! It creates noise. It’s also rude to split your attention, if you are looking at the speaker phone as an opportunity to multi-task. So, unless you’re a caregiver of infants and toddlers and need extra hands, ‘Spare That Speaker’!!

Playing Music/Games/Videos Without Headphones: ‘Ghunghat ki aad se dilbar ka”… ‘tere dar pe sanam chale aaye’…  sounds (teeth-grindingly) familiar? This unsound practice is especially rampant in our Indian railways. Heck, I am not interested in your choice of music. It’s as simple as that! Why should my ears be subject to such ludicrosity!

Taking Photos/Videos of Strangers: Now, I am always suspicious about this… as we all know, ‘anything is possible with the mobile phone’. What if a private detective has been hired to follow you?! I knew of a friend who used to inadvertently pass on our pictures (both of us in the same frame) to a male friend who had the knack of extracting. 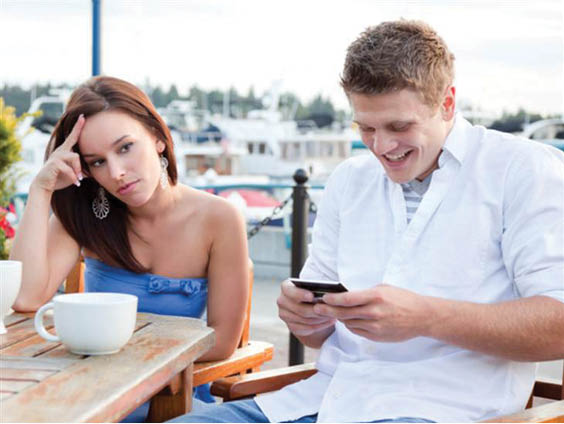 Making Calls in a Restaurant: Remember when displaying bad table manners meant just putting your elbows on the dining table? Today, with all of our mobile devices, we can be rude anywhere, at any time! Similarly, there is no problem if you use your mobile while walking down the pavement, or in public transport, or while waiting in line… but we certainly aren’t interested in hearing intimate details of your life! Please put that fish in your mouth and start chewing before you’re asked to fish off!

Having R-rated Conversations: Aside from enduring someone else’s long conversations, imagine having to hear something like, “Do you know what I want to do when I get home?” Ahem, the biker-dude thinks that he’s having a private conversation. He’s not. Everyone’s hearing each word he utters. Please, if you’re gasping for breath it is acceptable, but for all other ‘baby’ and ‘shona’ moments, rush to your home!

Video Calls: Here, children are made scapegoats… “Arre beta lo toh! Papa se baat kar lo,” in a 3AC coach! The girl is shrieking and shrilling into the phone, “Papa tum kab ghar aa rahe ho? Papa tum kaun sa khilona le aaoge?” The entire train does not need to hear your kiddo’s conversation. I’m reminded of an incident many years ago, when we were at the Lucknow airport at the luggage pick up point and a mother with a 6-year-old tot, approached Arbaaz Khan, saying, “My son is your big big fan! Can we take a selfie with you?” The boy had the expression of ‘who did you just say he was?’!!!

Loud Alerts: Is your cell an instrument of communication or torture? I endure it every time my maid’s phone rings and she choses to not answer the phone for whatever reasons! And let me tell you, there never is a good reason. And, why is that the people who do this always have the worst ring tone!

Messaging/E-mailing at Seated Performance/Activity: There is a time and place to text and check your emails.  It is so un-cool to remain seated after you’re done with your lunch in the cafeteria/cafe. There are others who need to get lunch and need a place to sit!

Photographing Food During Meals: Grrr.. are you serious! Are you going to make everyone wait to eat their food, so you can Instagram the entire table??? Instead of adjusting the camera’s focus, you’ll do better focusing on those you’re breaking bread with!

Isn’t it true – aren’t most people in this world using cell phones in a somewhat or very discourteous manner?! Mobile waale will push past you with the phone in one hand, even if they have to knock you in the eye! And then there are people who take their own time to go up the flight of stairs because they are absorbed in their phones, and much to your chagrin, are not inhibited a wee bit!

Now, bad mobile manners do drive us, the ‘silent-majority-bawajis’ batty… but, minding other people’s business is not our business either. Then, how do we curb some of these totally inexcusable breaches of mobile phone etiquettes, when requests fall onto deaf ears and cold-stares don’t help!

So, here’s a thought-starter! Can the below circular card make the biker-dude cognizant that others around him probably don’t appreciate his mobile behaviour?

And, there’s more on how blue ticks, last seen and block have ruined adult hearts!! Till then, let’s contribute and hope for a quieter and politer cellular world!

View all posts by Meher Master →