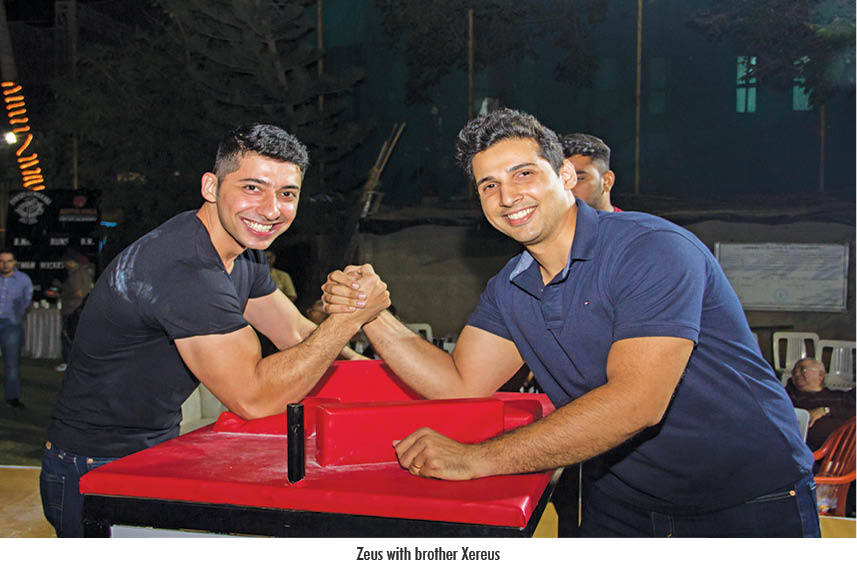 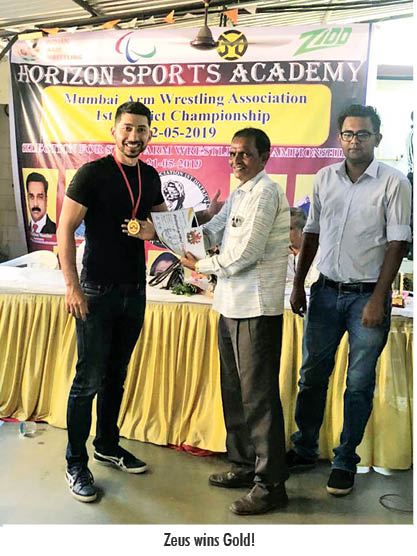 Being Parsi is so much about tradition and legacy, across all areas – be it food, career or sport. Keeping alive this very essence of family-cum-community legacy, Zeus Zend, takes after his veteran and legendary grandfather – Zend Merwan Zend – to continue making headlines in the sport of Arm Wrestling, which still continues to be the bastion and the passion of us Bawajis!

Having won the Gold in the All Parsi Arm Wrestling Championship in 2018, held at Parsee Gymkhana, 27-year-old Zeus Zend from Colaba in Mumbai, participated in the Mumbai District Arm Wrestling Competition, which was held on 12th May, 2019, where he yet again secured a fabulous Gold in the 75-80 kg Category, much to the pride of his legendary grandfather and parents – Parzon and Meher Zend. With this victory, Zeus has qualified to participate in future Maharashtra State Arm Wrestling Championships.

Sharing his story with Parsi Times, Zeus says, “It started as a small gathering of Parsis at the Parsi Gymkhana grounds for the All Parsi Arm Wrestling competition held in December 2018. As the eve progressed, the numbers grew to watch the competition – it was most humbling to watch my veteran, legendary grandfather as part of the audience, watching me atop a wheelchair. That was the very first time I participated in front of an audience.” The highlight of the evening was to watch the Zend Brothers – Zeus and Xereus – compete in the finale for the Under-100kgs weight category – a moment of great pride for grandpa Zend, even as the crowd cheered on. 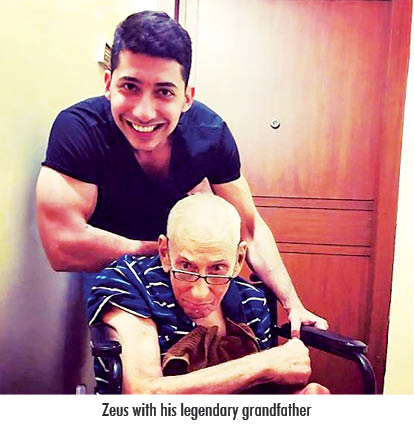 What makes his achievements even more commendable is the fact that he hasn’t received any formal coaching in the sport –he is self-trained and passionately inclined towards Physical Fitness. Currently lending a hand in the family business, Zeus is strongly considering his prospects in the field of law.

Speaking about his experience participating in the Mumbai District Level, Zeus says, “The tournament was on a Sunday morning in Mulund – and you know how us Bawas dedicate Sunday mornings to bikes and Dhansak – but I headed out to Mulund to test the bawaji strength and mettle with our non-bawas! I was taken aback and touched to see there was a category for the specially challenged / physically disabled – their show of enthusiasm, strength and energy was simply inspirational! The difference between the All Parsis Tournament and the District level was that I had to play two rounds against each opponent (as opposed to one), back to back – that was a game changer. My final round was against a State Level Silver Medalist – for the first time I was competing against someone way heavier than me – someone with a practiced hand and solid techniques. It took me six rounds to defeat him I still remember I was in tremendous pain in the last round but the cheering from the audiences – especially from my fellow physically challenged participants – helped me fight with all I had and I secured the Gold!”

Unfortunately, due to a shoulder injury, Zeus was unable to participate in the State level competition held in May in Nagpur. “My family and friends have been my greatest support – their faith in me inspires and motivates me to train harder and better so I can participate upon my complete recovery in the next championship at the State Level,” he assures us.

For those looking to take up the sport, he says, “Arm wrestling is a sport in which a few key factors help you – a strong wrist; good fore-arms and strong shoulders. Also, for the sake of competition, the muscle to weight ratio is crucial. I do hope to see more talents from our community coming forward and participating in the Open Category, in addition to the All Parsis Category, and retain our rightful top-spot in Arm Wrestling!”

Here’s wishing Zeus all the best for his future wins!