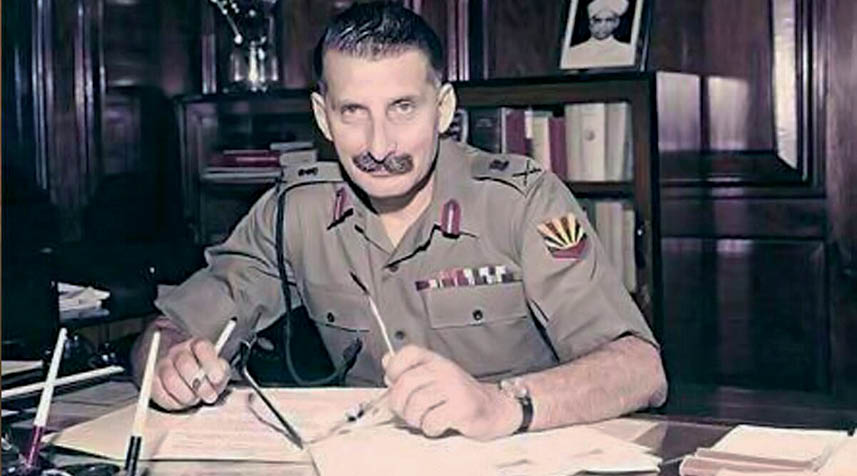 A wreath laying ceremony was organised by the Defence Services Staff College (DSSC), Wellington, in Nilgiris district, Coimbatore, on 27th June, 2020, to commemorate and honour the 12th death anniversary of Field Marshal SHFJ Manekshaw. As per an official release, Lt. Gen. YVK Mohan, Commandant DSSC, laid a wreath at the final resting place of the country’s first Field Marshal, on behalf of the tri-services fraternity, in the presence of the local Parsi community, at Parsi Zoroastrian Cemetery, Udhagamandalam. 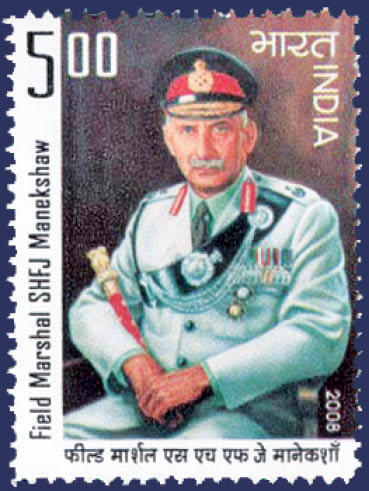 Sam Bahadur, as he was reverently addressed, had settled down at Nilgiris, Wellington after active service as the eight Chief of Army Staff in early 1973, and passed away there, on June 27, 2008, at the age of 94. His love for the Nilgiris mountains began when he served as Commandant of the Defence Services Staff College, Wellington, one of the sensitive positions he held during his illustrious career in the Army spanning almost four decades.

Born in Amritsar on 3rd April, 1914, Manekshaw saw action in the Second World War in the Burmese theatre. He was awarded the Military Cross for the conspicuous gallantry displayed in the face of the enemy. He achieved global fame when he led India’ forces, decimating Pakistan in the 1971 War, which resulted in the creation of Bangladesh from the then East Pakistan. The 1971 War is reckoned historically as ‘Sam Bahadur’s War’ because of his unparalleled leadership and motivation provided as the then Chief of Army Staff. India showered its affection and adoration for Sam Manekshaw by honouring him with Padma Vibhushan and then elevating him as the first ever Field Marshal of the country.

Sam Manekshaw was born to Hormazd Manekshaw and Hilla Mehta, and studied at Nainital’s Sherwood College. He joined the first intake of the Indian Military Academy, Dehradun in 1932 and was commissioned into the British Indian Army as the Second Lieutenant in 1934. Along with Manekshaw, Smith Dun and Muhammad Musa Khan, future Commanders-in-Chief of Burma and Pakistan were also part of the first batch of cadets, called ‘The Pioneers’. He was first attached to the 2nd Battalion – ‘The Royal Scots’, and later moved to the ‘12th Frontier Force Regiment’.

The eternal pride of our community and our country, the great Field Marshal Sam Manekshaw’s military carrier spanned four decades, during which he fought four wars – World War –II (1948); Kashmir War Against Pakistan and Afghan tribals (1962); The Indo-Sino War (1951); and The Indo-Pak War (1971).

After the 1947 partition, Manekshaw was first reassigned to the 16th Punjab Regiment and then moved to 8 Gorkha Rifles. During World War II Manekshaw was awarded Military Cross for his gallantry. Manekshaw was awarded Padma Bhushan in 1968 for playing an instrumental role in handling the insurgency in Nagaland as the GOC-in-Eastern Command. In June 1969, Sam Manekshaw succeeded Gen. P P Kumaramangalam as the Chief of Army Staff, upon which he was given the task to formulate a plan to counter Pakistan’s aggression in the East. He has been credited as the brain behind India’s victory against Pakistan in 1971 war.

Manekshaw was awarded the prestigious national honour – the Padma Vibhushan in 1972. On January 1, 1973, he became the first General of the Indian Army to be promoted to the rank of Field Marshal. He retired from the Indian Army on January 15, 1973, after serving for 39 years. 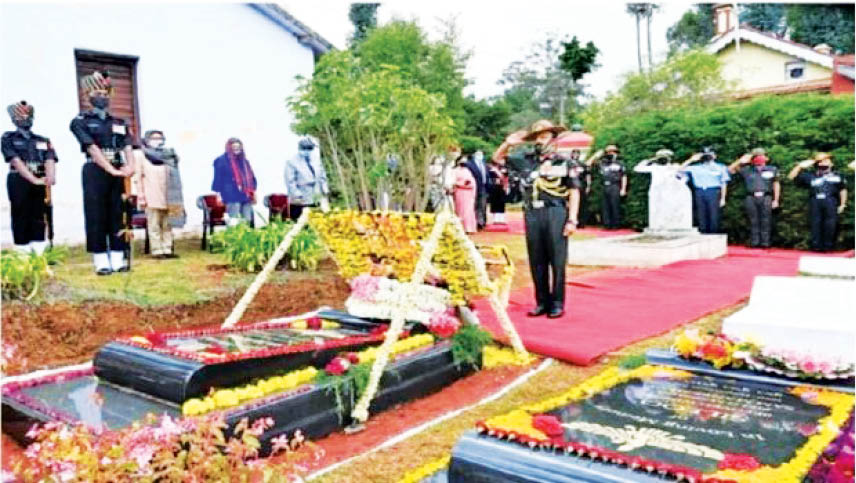 Manekshaw was married to Siloo Bode in April, 1939. Those who had the privilege of having interacted with the Field Marshal, even briefly, would invariably have a lot to speak about him! Even in his 90s, heads would turn when Sam Manekshaw drove around the Nilgiris in his favourite Sunbeam Rapier!