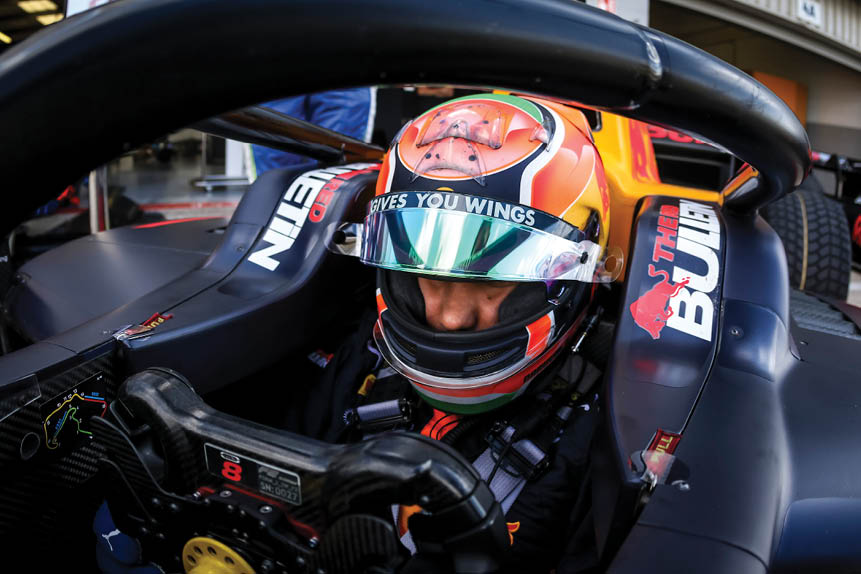 Red Bull Racing Junior, Jehan Daruvala, finished fourth in Silverstone, UK, in the Sprint race of the FIA Formula 2, part of the British Grand Prix weekend on 2nd August, 2020. The Indian racing sensation started in twelfth and worked his way up the field after a sensational last three laps.

Jehan, in his first Formula 2 season, started twelfth for the Feature race and after a decent start remained in the same position for most of the race. The extremely competitive grid meant that Jehan, although faster than some cars in front, was unable to overtake them due to their ability to also use DRS (Drag Reduction System).

Lap 16 saw the safety car being deployed to retrieve a car. Jehan and his team Carlin, took the gamble to pit for fresh medium compound tyres. Other drivers ahead and behind Jehan, also took the same gamble, and Jehan gained two places. 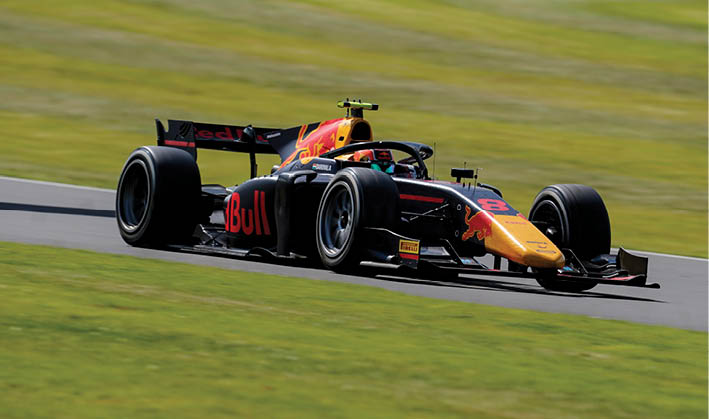 The moment the safety car pulled into the pits, it was a three lap dash to the finish. Last year’s FIA Formula 3 second runner up, immediately went on a phenomenal charge up the order. While attempting a move, Jehan initially lost two positions to fall to twelfth, but a few corners later he made a brave move around the outside at Brooklands overtook four cars in one corner to move to eighth.  On the penultimate lap, Jehan overtook two more cars. He continued his charge, with a brilliant move on the last lap, to finish fourth. Local racer Dan Tictum won the race ahead of Christian Lundgaard of Denmark.

“The last two laps were super exciting. The team did a great job with the tyre strategy. Moving from P12 to P4 in the last few laps and hanging around the outside at Brooklands to pass four cars was good fun. Looking forward to being back here next week,” said Jehan.

Jehan returns to Silverstone again next weekend for the fifth round of the FIA Formula 2 championship. Indian fans have been able to catch the live action as the Formula 1 YouTube channel is broadcasting the F2 races live in India for the first time.