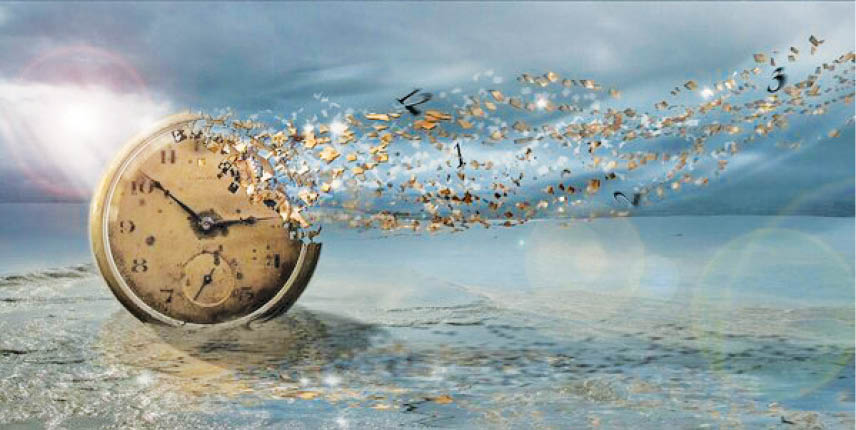 “When fishes flew and the forests walked

And figs grew upon the thorn,

Some moments when the moon was blood,

Then surely I was born.”

Poet G K Chesterton tells us of the condition of the world when the donkey was born. I was born in a world almost as topsy-turvy as a donkey, or maybe more so. It was the time was of the Second World War. Big guns were booming in the West, Hitler’s goose-stepping war machine was heading towards world domination, concentration camps were working overtime, killing Nazis, London was in rubbles as also most other cities of Europe. The insanity culminated in the dropping of atom-bombs on Hiroshima and Nagasaki.

Since then, fortunately, we have had no such conflict till date, it would be an Armageddon. To add to the woes of the people of the then Bombay, rationing came into force that very day. We entered the era of post-1950s, the last half of the 20th century and the first two decades of the 21st century, making up seventy years of phenomenal progress. Never before in the history of human progress has so much advancement been seen as after 1950, even though the seeds might have been planted in the past few centuries. Towards the end of the forties, a modicum of sanity returned. India became independent, and in early fifties, we became a republic. India was in the bullock-cart age, but the first PM Jawaharlal Nehru steered it into the industrial age, with its industries and factories that he called the ‘Temples of Modern India’. Soon India progressed to the Atomic-age.

Man has always wanted to fly like birds, but it was only in September 1783, that the two Montgolfier Brothers, defying the gravity lifted off in their ‘Globe aerostatique,’ the ‘hot air baloon’ and went up to nearly 6000 feet over Paris! It was only 130 years later that the Wright brothers invented the fixed wings power operated, heavy-than-air aircraft. The Wright’ Flyer took off the ground on 17th December, 1903 and flew for 12 minutes covering a distance of 120 feet i.e about the length of a football field. Today, our commercial aircrafts are as big as the football field and can cruise at the speed of 547 to 570 mph or 945 to 975 kmph, carrying an excess of 500 passengers as in Airbus A380! Our world has advanced from the globe aerostatique to the global village.

The roaring fifties brought in an era of space age with the Russians putting in orbit their satellite Sputnik metaphorically called ‘The Baby Moon’. It orbited the Earth 1440 times before its batteries died.  In November 1957, Russians once again scored a victory by sending a living being in space, a dog named Lyka, and yet again on April 12, 1961, the first man, Major Yuri Gagarin. Americans were not far behind and their space explorations climaxed by landing two Americans – Neil Armstrong the mission leader, and  lunar module pilot, Buzz Aldrin. It was ‘One Giant Leap For Mankind’.

Since then space exploration has gone far beyond. Soon man is going to land on Mars.  The Voyager 1, launched on August 11, 1977, has been moving through space for 43 years and has been sending back fantastic pictures and invaluable data. It is now past 13.9 billion miles from Earth, making it the most distant man-made object ever. Soon it will leave our solar system and into the outer space. The thought is mind-boggling!

Medical science advanced too. Many dreaded diseases such as small-pox, tuberculosis, diphtheria, cholera soon became nearly extinct.  Medical surgery reached its pinnacle with the first heart transplant by Dr. Christiaan Bernard, back in December, 1968. Since then surgical science advanced phenomenally. Nowadays, surgeries that require super steady hands and ultra-accurate precision are performed by robots! Most parts of the human anatomy are transplantable. Maybe in future, even the brain will be transplanted, but that will create legal and ethical problems about the person’s identity. Training for complex surgeries is now done on simulators just as in training pilots to fly.

One thing that has not changed much for many of us is the love for reading books, even though many have taken to e-reading via ‘Kindle.’ This writer still collects and reads books like many of my ilk. The romance of reading on printed paper, the scent of the old tomes and their stately appearance, cannot be replaced by some impersonal electronic device. While browsing through the old tomes, one feels like Dr. Henry Doolittle of Shaw’s Pygmalion!

The greatest impact felt in every sphere of human endeavor is by computers. They began over 2000 years BC in form of abacus and the 2nd century’s astrolabe (a very modern sounding Greek name). The 19th century mathematician Charles Babbage can be called the father of modern computers. Most of the earlier computers were merely calculating, but by 1950 we had digital electronic computers. This brought about the end of the old analogue computing machines. Old computers were huge, heavy and cumbersome but space-age brought about the age of miniaturization reducing the weight of the payload. They are needed in every sphere of space exploration especially during the moon landings that require complex calculations at the spur of a moment. Today they are not limited to just computing functions and storing and regurgitating information; they are used as control systems for many household, industrial and educational devices.

The one thing that caught the fancy of the world and soon became a must-have is what the French call ‘le portable’, Germans – ‘handy’, Arabs –‘alhatif alkhalawi’ and commonly known all over the world as the cell-phone or mobile. Cell phones came into being in India sometime in 1990s. They were then a status symbol, very expensive to buy and more expensive to maintain but soon, they crept into everyone’s homes and  hands. The means of quick wireless communication, they have become indispensable and have evolved into an all-in-one electronic companion – a music and entertainment system, a movie theatre, a game station, a computer and a lot more!

We must count our blessings that the epidemic Covid19 has descended upon us in this truly futuristic age, when home quarantine has not wreaked the havoc, especially psychological impact, had it descended upon us in a different era. The whole established world order would have turned chaotic.  Even today it has rattled the world order but our modern gadgetry has softened the blow. The omnipresent TVs and mobiles share valuable updates of the deadly Covid 19 virus, as also the precautions to follow till a vaccine or cure has been discovered. Our isolation has been rendered less damaging psychologically. Hearing and seeing our loved ones, our family and friends getting together over video conferencing systems of various type, chatting, gossiping, exchanging information, displaying culinary creations, learning, studying, and most satisfying of all, praying together has been a reassuring experience.

A new world order is in making. Our mindset, our philosophies, economic , national, political, environmental policies, the concept of luxury has changed. Today, luxury lies in knowing that nobody in your building or society or colony has caught the Corona! The luxury is being healthy, having a home, however humble, that your pantry or your larder is well stocked, that you get vegetables and fruits and your children are able to study well over the electronic gadgets that you probably considered a luxury when you once bought them!

Our age-old concepts and traditions will have to change. India will have to go in for vigorous population control and education policies. We have been fortunate that the damage wreaked by the pandemic in India is on a much smaller scale (fatalities) than elsewhere. In future, we might not be so blessed.

May the coming Parsi New year 1390 Y.Z. make our beautiful blue globe a paradise in our universe.  May I also be excused for plagiarizing certain words of Lord Tennyson. May the holy bells in our fire temples and elsewhere ring out the old and ring in the new, Ring out the false, ring in the true, with nobler manners, purer laws, and the redress of all mankind.