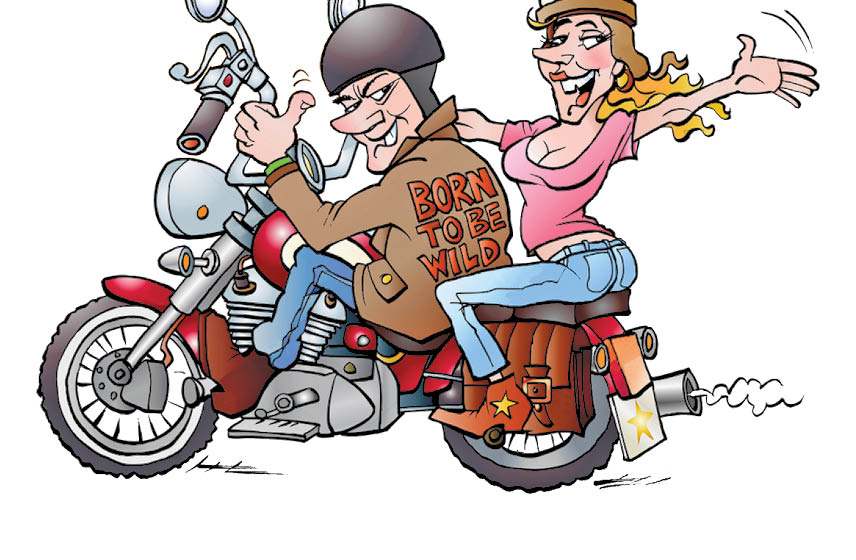 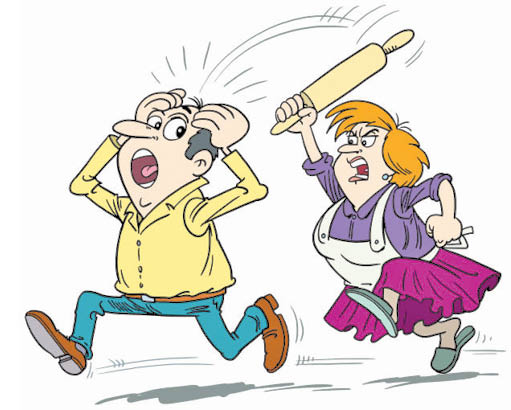 Sorabji was married for 49 years to Jabra-Jalamai who he called Jaloo-Jasoos, since she was always suspicious of anything and everything he said or did. He wasn’t happy at home, nor at office. When he requested his boss, Mr. Daji, who was Bheja-no-paji for a one-day leave, Daji roared, “You have never taken a day’s leave in 49 years, now why do you want a day off ?” Sorabji replied that it was his 50th Wedding Anniversary! Daji roared back, “Jarak bi nahi! I don’t want this nonsense every 50 years!”

Sorabji was Suri-vacchey-sopari, as wife was insistent that he take a day’s leave but Daji, the Paji, wouldn’t hear of it! But the wife was more ferocious than the boss, so he ‘bunked’ office on the big day.

“Let’s go shopping,” he told Jalamai, who got excited thinking she’ll get a sari, blouse and a matching petticoat. Instead, Sorabji took her to Opera House to buy new seat-covers, lights and hub-caps for his scooter.

Parsi Times readers are clever like Einstein, so by now you all know that Sorabji loved his scooter more than his wife. In fact, if he saw some dust on it, he would climb down three floors with his arthritic knees to wipe it off with his kerchief! Yet, if a truant crow did ‘good luck’ on Jalamai from top to toe, he would say, “clean it yourself.” But I digress… he did chowk-chadan and tilo to the scooter and took an egg in his hand, scooter par thi ovariney sagan karva-vastey. He flung the egg, with such enthusiasm, that it landed on the face of his ground-floor neighbour – Gustad the Ustad, who was sitting quietly on his balcony, watching the movie – Dirty Picture – on his mobile.

Gustad came out of his house and roared like the MGM lion – “I was watching ‘Dirty Picture’ and you made my face dirty just as Vidya Balan and Naseeruddin Shah were dancing to the Ooh La La song!”

Jalamai tried to wipe off the egg saying, “Sorry, Sorab is like that only,” but that only made matters worse as her hand was full of haldi and kanku, so Gustadji became technicolour, like the film he was watching!

Meanwhile, the office peon came with bad news that Sorabji had lost his job since he disobeyed the boss. “Good!! Early retirement,” said Sorabji, but soon he was fed up at home with Jalamai poking her nose in whatever he did and her constant khit-pit over small things, all day.

He got a briliantine-ideo! After breakfast, he immediately proceeded to the baug’s main gate on his scooter and gave a lift daily to a maila, bomb-shell or a fatakri. First, he studied very carefully that naughty Nergish worked at Nariman Point, Firuza fatakri worked at Fountain, Binaifer bomb-shell at Bori-Bunder, Aloo, the sweet-jardaloo at Apolo-Bunder and Perin Paowali at Gunbow-street. He would make it out to be a chance encounter, saying, “I’m going near your office area. Do you want a lift?” It was more like, ‘Walk into my parlour said the spider to the fly’.

Once the lady sat, he would say, “Ekdum tight pakro. Hold me very tight. I have a habit of jor thi break marvani. Tamey uthlai jaso!“

The ladies would hold Sorabji tightly and he would return home with Jalamai’s daily bazar. But she would always ask, “Bajar ma atlo badho vakhat soo karta hata?” “Picking the best fruit and veggies for you, my jaan!” he would reply!

But news travels faster than the Japanese Bullet Train in all Parsi colonies and soon Jalamai got to hear what was happening every morning at the Baug’s main gate. However, each time she confronted Sorabji, he would lie through his teeth with a straight face, asking, “Proof chey? No? Then shut up, you silly suspicious woman!”

Fali Photographer, their next door neighbour, would overhear these fights. Having a soft-corner for Jalamai, he volunteered to help her with proof. For the entire month, he clicked pictures of Sorabji being hugged on a scooter by naughty Nergish, Binaifer-bombshell, Aloo-the-sweet-jardaloo, Meher-madam-ni-mai, Chadan-chibavli-chakli, Piloo-peach-melba and Perin Paowali. Fali then expanded the photos in print on large size paper, framed them and finally gifted the entire collection to Jalamai, as a Golden-Jubilee present (to add fuel to the fire).

Fali helped Jalamai decorate their drawing-room with the ten photographs all over the walls and asked her, “May I stay and watch Sorabji’s surprise?”

So, Fali hid behind the drawing-room cupboard to video the big fight on his camera. Soon Sorabji entered after his daily exploits and Jalamai asked him with a Velan (rolling pin) in one hand and a Jhadoo in another, “Do you give lifts on your scooter to pretty young females?”

Sorabji: Oh my God! Since a month you’e asking me the same silly question, day after day! The answer is NO!

Jalamai: You swear on me, you have never ever given a scooter-lift to any woman in your life?

Jalamai: Now come to the drawing room and swear all over again.

Sorabji entered the drawing room and was completely flabergasted to see his extra-curricular activities displayed all over the walls, like it was an exhibition at the Jehangir Art Gallery!! He became whiter than the white shirt he was wearing. Jalamai hit him on the head with the jhadoo and on his rear with the velan. He ran – she chased him (jhadoo and velan in hand) all over the house while Fali Photographer was taking a video-film of this Tom and Jerry chase with Sorabji screaming, “Bachavo! Mahri bairi thi bachavo!”

Jalamai ran to the kitchen and started throwing all the utensils at Sorabji, who quickly covered his head with the cooker and hid himself under the dining table!

Clever Sorabji stayed there all day since Jalamai was too fat to crawl under the table. Meanwhile, Fali sneaked out and circulated the video-tape to all his colony friends.

PS: Let this serve as a Statutory Warning to all Parsi Casonovas who are giving scooter-lifts to pretty young things behind their wife’s back!