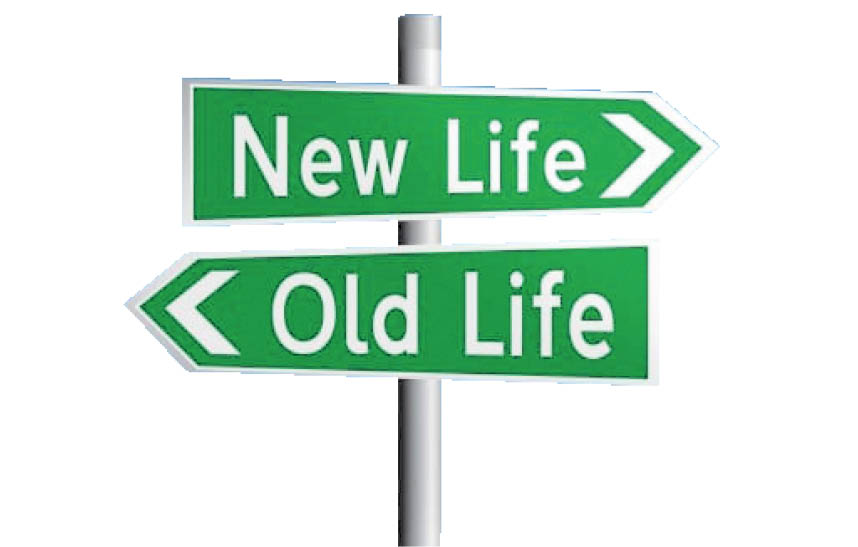 Elisabeth Kubler-Ross, the famous psychologist, says, “Our only purpose in life is growth. There are no accidents.”

Lobsters outgrow their shells. As they grow in their outer casings, they become so uncomfortable that it’s impossible for them to live in the same shells. In fact, if they are to survive, they have to grow bigger shells. They do this by venturing out into an ocean, completely unprotected from predatory fish. They do this alone and in the open. The entire outer sheath comes off and the pink membrane inside grows to become a harder, bigger shell.

Like a lobster, if you remain the way you are, you’ll become cramped, overgrown or worse, figuratively dead. Older people tend to become more of what they have always been! They lack the courage to change or face the rough sea ahead. Growth is not an accessory, it’s a continuous process. Change is mandatory, since imagination, courage, daring and constant learning belong to us through our lives. And no one, but you, is responsible for your growth, happiness or rejuvenation. I know of a man who asked his wife of fifty-four years, to write a list of things that would make her truly happy. Every single thing in the list depended on him. How can her life become more fulfilling? How can her life get bigger if she’s always depending on someone else to make changes necessary for a happier and more fulfilling existence?

It’s never too late to change, to make old dreams come true or to dream new ones. At the age of sixty-five, Laura Ingalls Wilder published ‘Little House in the Big Woods’, the first of her eight-volume ‘Little House’ series. At sixty-seven, Louise Arner Boyd became the first woman to fly over the North Pole. At ninety, Jenny Wood-Allen of Scotland completed the London Marathon in eleven hours, thirty-four minutes – she had run her first marathon at the age of seventy-one!  Winston Churchill deserved a rest after World War – II, but instead took up a pen and won the Nobel Prize for literature, at age seventy-nine!

Late American jurist, Oliver Wendell Holmes’ friend asked him why he had taken up learning Greek at the age of ninety-four. Holmes replied, “Well, my good sir, it’s now or never.” When JC Penny was ninety-five years old, he affirmed, “My eyesight may be getting weaker, but my vision is increasing.”

Sadly, for many, aging finds us smaller, diminished and living in cramped shells that we should have abandoned years ago. We always want to avoid discomfort, long lines, foreign travel or new foods. We protect and overprotect our lives until we have no lives beyond sitting in front of a television, wearing our slippers, watching other people live, create, laugh and love. People who ‘check out’ this way because they think they’re too old to participate in the land of the living, become too old to participate. Remember – just coz you’re near the top of the hill, doesn’t mean you’ve passed your peak!

As missionary and philosopher, Albert Schweitzer said, “The tragedy of life is not in the fact of death. The tragedy of life is in what lies inside a man while he lives – the death of genuine feeling, the death of inspired response, the death of awareness that makes it possible to feel the pain or the glory of other men in oneself.” The loss of our capacity to feel, to notice and to care, shrinks both – our world and ourselves, as we age. Old age has a purpose, and we can choose to either sacrifice it or actualize it.

We have a choice between decay and growth, between a resounding ‘yes’ to life and a feeble, fearful ‘no’. As Bob Dylan said, “If you aren’t busy being born, you are busy dying.” We all must re-engage our zest for life and optimism for the future, hoping that the best is yet to be. Not a hope for immortality or revived youth, and not a hope for a retreat into the past – because that’s where we are comfortable. Rather, the hope for a continued search, in each and every precious moment, for the source of our better selves.

Life is a process that is forever changing and developing. We must give meaning to newly initiated values, virtues and obligations that come with age, and the often-increasing intensity of feeling and experiencing that life offers. So, what are the choices? You could choose despair, loneliness or self-imposed isolation like some unfortunate people who always stay at home. You could choose to run out of life experiences, to cease your interest in the people around you, in books, newspapers, magazines, sitting in nature, listening to music and interacting with new people. By making this choice, you create a life that makes you boring, makes you tired, makes you old. Have you noticed how people who self-isolate themselves at home, age very fast with nothing to do and nowhere to go?

Or, you could choose to actively participate in what psychologist Abraham Maslow called, ‘a time when everything gets piercingly important’! “As you grow older, you get floored by flowers and by babies and by beautiful things.” By choosing growth, you choose to see, feel, acknowledge loss and face fears. You choose to see who you are and what you want to do. You become closer to the center of the universe, grow a new shell and become real! So, get out of that comfortable sofa, get out of the house and embrace life with both your hands!!

6th March 2021, By Ruby Lilaowala, embrace life with both your hands, get out of the house, Mumbai, News, Our Only Purpose In Life Is Growth, Parsi Times, Volume 10-Issue 47, Zoroastrians