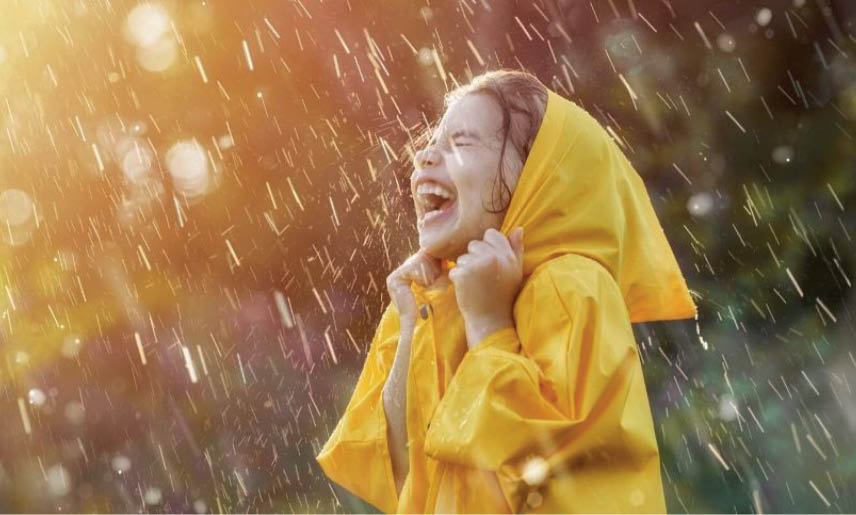 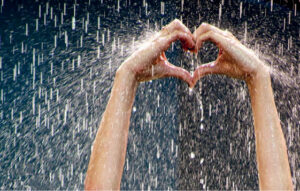 Monsoon 2022 finally seems to have arrived bringing relief from the sweltering heat of the Indian summer. In our opinion, monsoon is magical and mood enhancing. We agree that in cities like Mumbai, heavy rains along with high tide can cause flooding, disrupt traffic and even bring trains to a grinding halt. But this happens sporadically in the entire season of four months. Much of the season is otherwise, quite enjoyable.

We also read about landslides and flash floods. However, these happen more because of human environmental disruption rather than the natural seasonal cycle. Old buildings collapsing too is more on account of lack of repairs rather than Nature’s fury.

In India, monsoon is considered as a unifying force since it binds the entire country, providing the much-needed natural resource of water in rural areas for agricultural activities and filling up dams, which provide water to the cities. No rains would not only lead to shortage of water but shortage of food and hydroelectricity. Rains also feed lakes, streams and fill up rivers which tend to dry up considerably during summer.

We often equate rain with gloom and despair while we equate sunshine with joy and hope. But this is quite cliched.  We ought to see monsoon as mood enhancing – especially over a spicy snack along with hot beverages, be it soup, tea or coffee. Yes, we all encounter the proverbial rainy days in our lives (problems, pain, loss or suffering) but they say, ‘the sun after the rain is much more beautiful than the sun before the rain’ and ‘if you want to see a rainbow, we must put up with the rains’.

According to the Shahenshahi (Royal) Calendar observed by Parsis in India, it is currently the Holy Month of Bahman. However, as per the seasonally more accurate Fasal or Fasli calendar, it is the Holy Month of Tir, which commenced this year on 19th June. This is the month that heralds rain according to ancient Zoroastrian Iranian tradition.

Tir, or Testar (Avestan Tishtrya), is the divinity presiding over the Star Sirius (Greek Seirios – which means glowing or scorching) or the Dog Star which is the brightest star visible from all parts of the earth in the night sky. Sirius is colloquially called the ‘Dog Star’, on account of its prominence in the constellation of Canis Major or Big Dog. Most ancient civilizations viewed Sirius as the earth’s second or spiritual sun.

In the Tir Yasht we invoke Tishtrya as “Provider of rain, helpful and health giving”. In fact, Tishtrya Yazata affirms in the same litany: “If men would worship me with the yasna in which my own name is invoked, then I would render the world prosperous and fertile by showering rain”.

The Tir Yasht also records the victory of Tishtrya over Apaosha – the demon of drought, and ensuring happiness not just for people but all vegetation and animals.

Testar-Tir – The Harbinger Of Rain…

In the Zoroastrian religious texts Testar-Tir is venerated as radiant, glorious and invoked in order to bring rain, enhance harvest and keep the demon of draught at bay. This year (2022) Tir Roj of Tir Mah as per the Fasal calendar will fall on Friday, 1st July 2022. This day will be observed as the feast or festival of Tirangan.

The Rivayat (essentially correspondence between the Zoroastrian Priests of Navsari in India and the Zoroastrian priests of Yazd in Iran) speak of a great draught in ancient (pre-historic) Iran as a result of the conflict between Iranians and Turanians. The legendary Shah Faridoon had segregated Iran and Turan under a covenant. However, the Turanians under Afrasiab breached the covenant and there was eight years of draught.

When the fabled archer Aresh fired his arrow from mount Damavand on Roj Tir of Mah Tir (to again demarcate Iran from Turan) Afrasiab with other Turanians also left Iran on the same day. It took them ten days to reach Turan. The tenth day was Roj Govad (dedicated to the good wind) and it rained heavily on that day and ended eight years of draught and ushered peace and prosperity for both, Iran and Turan.

The festival of Tirangan is one of the three most widely celebrated seasonal festivals of ancient Iran, and is even mentioned in the Jewish Talmud. While Navruz (Mah Fravardin, Roj Hormuzd) celebrates renewed life and the warmth of spring after the cold winter season and Meherangan (Mah Meher, Roj Meher) commemorates harvest during autumn, Tirangan (Mah Tir, Roj Tir) welcomes the heat of summer and life-giving rain.

Late Professor Dr. Mary Boyce in her book, ‘Persian Stronghold of Zoroastrianism’, refers to the custom among Zoroastrians of Yazd in Iran, tying rainbow-colored bands on their wrists on Tirangan, wearing them for ten days and then throwing them in a stream. These colourful bands were worn as good-luck charms and during this period, children, in particular, found great joy in swimming or splashing around in the local village streams.

Let us welcome the rains with joy, for without rain, nothing grows. Let us learn to embrace the storms of life and enjoy every season. As John Ruskin aptly summed it, “Sunshine is delicious, rain is refreshing, wind braces us up, snow is exhilarating; There is no such thing as bad weather, only different kinds of good weather.”