Veteran journalist Freny Manecksha makes her foray as an author with the launch of her book, ‘Behold, I Shine’, on 7th July, 2017 at Mumbai’s Press Club. The book is a narrative that documents the lives of bereaved women and children, in conflict-stricken Kashmir, who live with the wretched reality of being unable to trace their husbands and fathers. An English (Hon) graduate from Delhi University, Freny has been an active journalist since 1981, sharing her expertise with top publications including The Daily, Blitz, Mid-Day, Indian Express and The Times Of India. 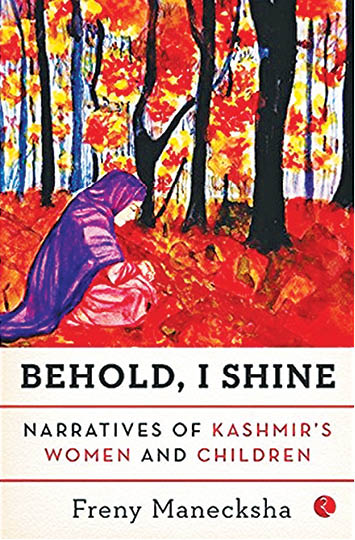 Speaking with Parsi Times, Freny says, “I was a bookworm from a young age, inheriting the love for reading from my mother. I quit working in the mainstream media in 2004 to pursue a career as an independent journalist. In 2010, I started developing a strong interest in the Kashmir issues and would get regular updates by another journalist, Dilnaz Boga, who was living there and reporting for a news portal. I joined her to get a first-hand experience of life there and it turned out to be an eye opener. I started visiting frequently and began reporting on Kashmir, having realised how many myths there are about Kashmir which are a result of the lack of knowledge about its history and the political aspirations of its people. We always see Kashmir as an India-Pakistan problem but what about the Kashmiris themselves? The idea of the book was a result of a growing need in gender-sensitivity and how militarization and conflict had impacted its women and children in particular.”

Her passion for writing and journalism had her contribute to an anthology titled ‘Of Occupation and Resistance’ and ‘Dharavi – the City Within’.

Speaking about Parsi writers, Freny says, “We are a small community but have a tradition of producing great works in English – some of our great writers being Rohinton Mistry who writes tenderly of Parsis in his ‘Tales from Ferozesha Baag’; or Bapsi Sidhwa uncovering the agony of Partition and writing from Pakistan; there’s poet and author Keki Daruwalla; Adil Jussawalla Farrukh Dhondy or even the inspirational Firdaus Kanga, turning his life story of being confined in a wheel chair, into a marvellously moving and humorous book, ‘Trying to Grow’. And of course my former colleague, Bachi Karkaria, whose columns in the Times of India delight all, and who has just come out with a riveting book about the Nanavati case. We have varied voices and such huge talent – it would be great to discover distinctive new ones from the next generation!”