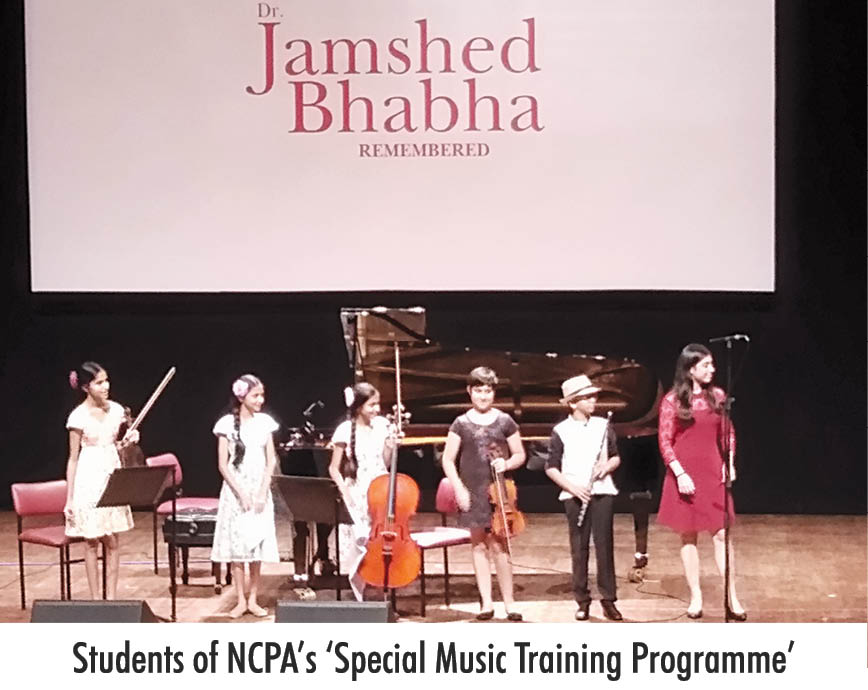 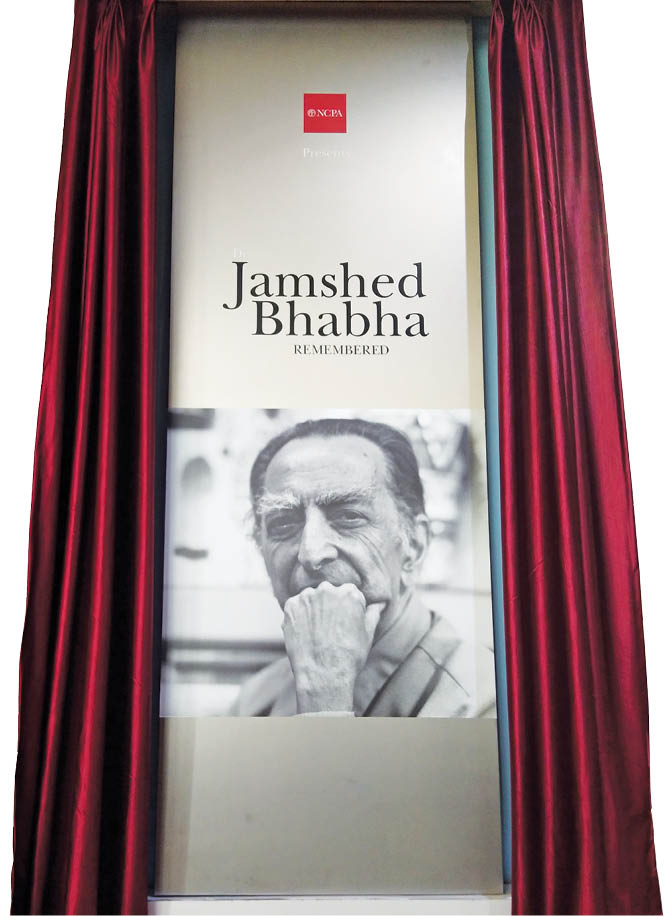 On 16th May, 2018, India’s foremost cultural platform, the National Centre for the Performing Arts (NCPA) inaugurated the memorial exhibition titled, ‘Dr. Jamshed Bhabha Remembered’, as a tribute to the life and times of its founder, Dr. Jamshed Bhabha, at Jamshed Bhabha Theatre at the NCPA located at Nariman Point in South Mumbai. The exhibition was marked as a gesture of gratitude in honour of the man, whose undying love for art and culture combined with his passion and grit, gave India her only performing arts platform. Displayed in the lobby of the Jamshed Bhabha auditorium, the exhibition encompasses the life and times of India’s real cultural ambassador who dedicated his life to establishing and promoting a solid platform for the arts to be enjoyed and cherished by all. 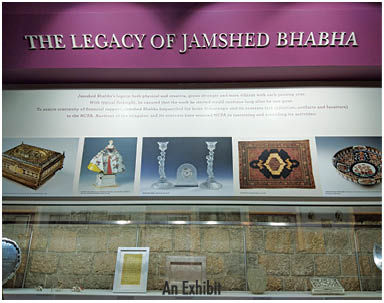 The permanent exhibition celebrates Bhabha’s life, relationships, family and events through photographs, portraits and artefacts in meticulous detail, as laid out in three sections: the First Section highlights Dr. Bhabha’s background, upbringing, and his deep family bonds; the relationships he shared with his family and friends. The Second Section is a dedicated timeline re-counting profound occasions in his life and his unyielding contributions to the arts. The Third Section boasts of Dr. Bhabha’s creation – NCPA; the founding and establishment, the support he garnered from various institutions and renowned personalities, the advancement of gifted artists through the institute and the current venerated stand that the NCPA today holds in the world of performing arts. The memorial is located in the right wing of the main entrance to the Jamshed Bhabha Theatre. In order to keep it current and interesting, constant AV footage will run to ensure that fresh information is disseminated to the public regularly. 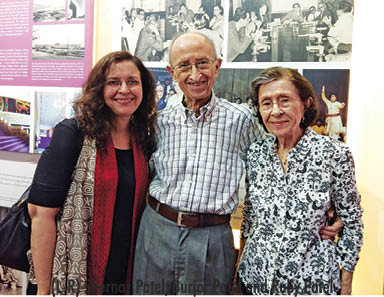 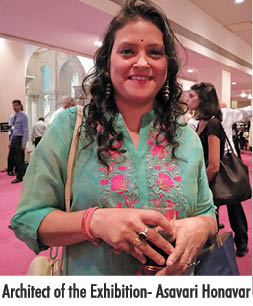 Speaking to Parsi Times, designer and architect of the entire exhibition, Asavari Honavar of Studio Ananya said, “The core of the exhibit is the multi-faceted personality that Dr. Jamshed Bhabha was, and the main design challenge was how best to nuance his character for all kinds of audiences who would come to see the exhibit. Our aim was to not only tell a story but to bring out what made the man be what he was, and highlight his association with both, the Tata and the Petit families.” The curation of the items displayed was a huge challenge that Asavari tackled through careful research and a stringent eye for detail before producing it in front of the NCPA Board members who would eventually decide on its inclusion in the exhibit. 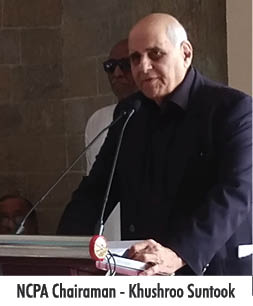 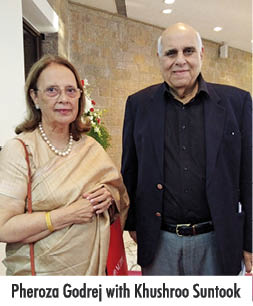 Mr. Suntook unveiled the plaque at the entrance of the exhibition and declared it open, before proceeding for the inauguration program held inside the Bhabha auditorium at 6:00 pm. Hosted by well-known stand-up comedian, Rajit Kapur, the function commenced with an Indian Classical Music performance by Vishal Mhatre on the Tabla and Rudrashis Gosh on the Sarod, followed by a Western Music recital performed by the students of NCPA’s ‘Special Music Training Programme’. The highlight of the function was the panel discussion titled, ‘Legacy and the Value of Patronage to the Arts’ that strived to shower light onto the wide scope that art and culture holds, as also onto the man who worked ceaselessly to bring these art forms to the common man. The event witnessed numerous members from the Zoroastrian community and concluded with a vote of thanks delivered by Rajit, followed by refreshments. 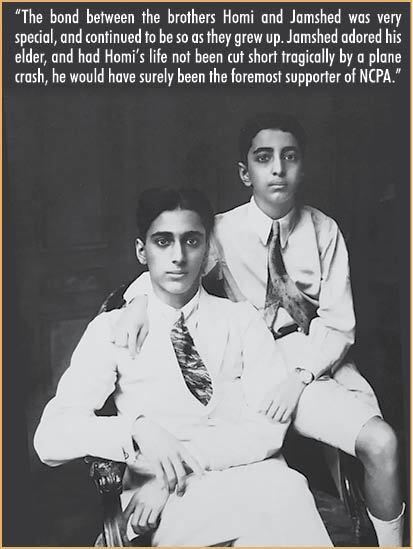 Knowing Jamshed Bhabha, The Founder Of NCPA Born on 21st August, 1914 to Jehangir Hormusji Bhabha and Meherbai Petit, Jamshed Bhabha was the younger brother of renowned physicist Homi Bhabha, considered the Father of India’s Nuclear Program. A passionate promoter of Art, Jamshed was consumed in the Western Arts and Culture since childhood. Having returned from England at the age of 26, Bhabha joined the Tata Iron and Steel Company (TISCO) in 1940 and worked as Personal Assistant to JRD Tata, before becoming his Executive Assistant. Jamshed rose rapidly through the ranks and soon went on to become the Chairman of Tata Services, Tata Press and Associated Building Company and was also on the board of several Tata Companies, including Tata Sons. Bhabha nurtured an eclectic range of interest and his creative acumen aided him in becoming JRD Tata’s most trusted colleague – the proof of which is evident from one of the letters written by JRD, excerpts from which have been put on display at the exhibition. Bhabha noted that although India has many premier institutions for various diverse fields, none was dedicated to art. Stressing upon the need for a centre that preserves and promotes arts like folk music and dance and Indian Music forms, since these were mainly were oral traditions, Bhabha approached the Sir Dorabji Tata Trust, who on accepting his proposal, put the onus of procuring land on him. However, the Maharashtra Government expressed its inabiliAy to provide land anywhere in Bombay and instead offered space near Ajanta Caves. Not finding the space suitable, Bhabha, backed strongly by JRD Tata, came up with the bold vision of reclaiming land from the sea. While the reclamation work was ongoing, the NCPA Trust was set up on the premises of Bhulabhai Desai Memorial at Akash Ganga (Breach Candy) in 1968. 11 years later, the NCPA moved to its present location, starting with ‘The Little Theatre’ which was designed to double up as a recording studio. The Creation of Tata 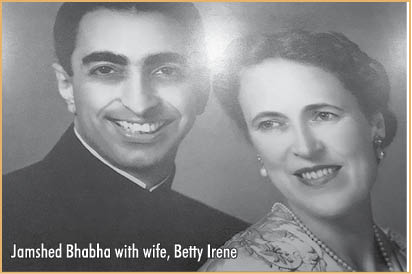 Theatre: Jamshed Bhabha’s concept of Tata Theatre was to create a space for the visual and acoustic requirements of Indian music. He visited many concert halls and architectural firms in the West before commissioning world renowned architects like Philip Johnson and Cyril Harrison for the creation of the Tata Theatre. Foundation of Jamshed Bhabha Theatre: The Tata Theatre was finally inaugurated by the then Prime Minister, Indira Gandhi, with a performance of one of her favourite Operas. It is said that on completion of the performance, Indira whispered into Bhabha’s ears that ‘The Tata theatre was not really meant for an Opera and that sooner or later he should build one.’ This stayed in Bhabha’s mind and he made it his goal, thus laying the genesis of the ‘Jamshed Bhabha Theatre’. The architectural firm of ‘Patell, Batliwalla, Manohar and Associates’ was commissioned to build a 1,000-plus-seater, suitable for opears, concerts, ballets and musicals. However, two months before its completion, the theatre was engulfed and gutted in fire on the night of 30th December, 1997. Even so, such was the grit and determination of the man, that he called for an urgent meeting the very next day and ordered for the reconstruction to begin immediately! The Jamshed Bhabha Theatre was finally inaugurated on 24th November, 1999 and has a total capacity of 1,109 seats. 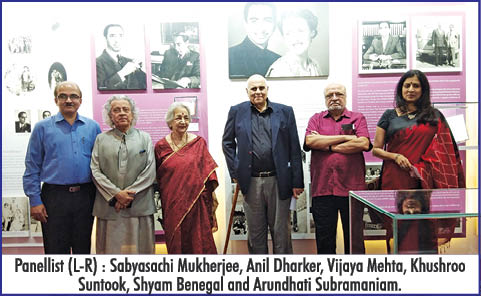 The Panel Discussion With ‘Legacy and the Value of Patronage to the Arts’ as the theme, the panel discussion lasted for over 40 minutes with panellists NCPA Chairman – Khushroo Suntook; renowned film maker – Shyam Benegal; theatre director and actor – Vijaya Mehta; poet, artist and journalist – Arundhati Subramaniam; and Director General of CSMVS Museum – Sabyasachi Mukherjee, who collectively shared their experiences and encounters with Jamshed Bhabha. Moderated exceptionally by Anil Dharker, Vijaya recalled the day she was first introduced to Bhabha when he decided to give his first press conference, noting that his voice always echoed with passion. While Sabyasachi termed Bhabha a visionary, Shyam Benegal seconded that, emphasising that the Bhabha brothers (Homi and Jamshed Bhabha) were truly the mediators of culture in Mumbai. Although Bhabha was inclined towards Western Music, Arundhati asserted that Bhabha was very curious about Indian music and always promoted it. Khushroo Suntook reminisced the time when he put forth the idea of having a Symphony Orchestra of India to Bhabha who initially negated it due to shortage of funds. However, soon the idea won him over and he agreed, stating, ‘When the cause is good, the means will follow’