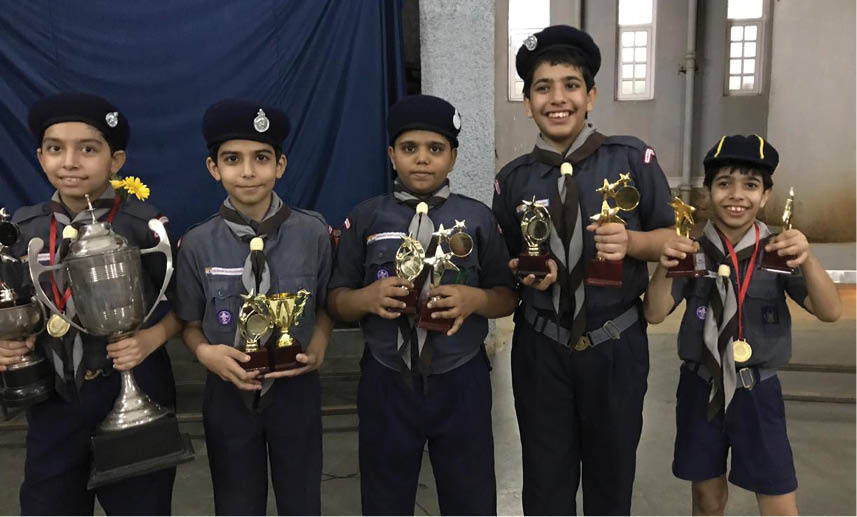 On 17th February, 2019, Homavazir’s 11th CBDA Scout Group celebrated their 92nd Parents Day with gusto at the JB Vachha High School (Dadar), with Chief Guest Hoshaang Gotla, along with Group Leader Scouter Zubin Bhumgara  and Scouter Arzan Godrej who was presented with an impressive Guard of Honour by the cubs and scouts in uniform.

The programme began a prayer songs and flag break, followed by scouts being awarded proficiency badges by Scouter Arzan Godrej. Outdoor programme comprised a cycle event and a parent’s Tug of War. Indoor programmes commenced with Zubin Bhumgara introducing and praising the achievements of Chief Guest Hoshaang Gotla, an ex-scout himself, who heads the famous XYZ and is a visiting faculty at numerous colleges and B – Schools and currently works with the Hiranandani Group as Executive Assistant to MD, Dr. Naresh Hiranandani. Congratulating the boys, Gotla distributed prizes to winners of various activities held throughout the year.

A rendition of the Scout’s group song was followed by group reports apprising the audience of the year’s activities and a talk on ‘The role of scouting in today’s chaotic world’ by Scout Darayus Daji, winner of the elocution competition, alongside Cubs Rohan Elavia and Zian Irani who recited their prize winning poems. This was followed by entertaining songs with foot tapping music provided by Hufrish Bamji. Next, Scouts gave a demonstration on First Aid, improvising action during an emergency, as parents jogged their memories trying to crack a quiz on foreign languages. The breath-taking finale of the evening comprised a demonstration of ‘A commando Rope Bridge’ and a dare devil rope walk by cubs Mazda Bharucha and Mazda Davar. The eve concluded with refreshments and great memories.