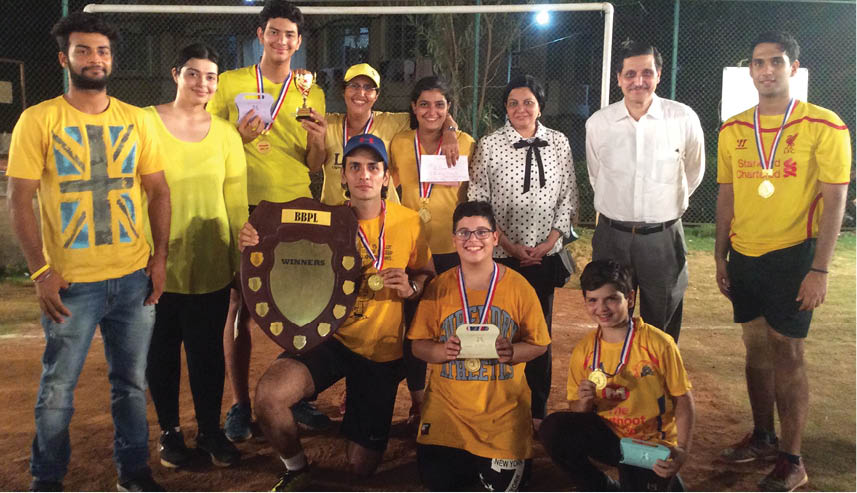 Behram Baug held its sixth popular Box Cricket Tournament – ‘The Behram Baug Premier League’ – on 11th and 12th May, 2019, organized well by its young team. A grand auction of players was held earlier, after which 91 participants over 13 mixed teams fought hard to grab the Championship. BPP Chairman Yezdi Desai and his wife Anahita were the Chief Guests for the evening, while the Guest of Honour was Parsee Gymkhana cricketer and all-rounder, Aakarshit Gomel who represents Aakash Tigers in MPL 2019, being played at Wankhede Stadium.

The highlight of this grand two-day affair was senior veteran player, Dinshaw Patel, showcasing his exemplary cricketing skills on the field, alongside other senior citizens, women and a large number of girls playing for their respective teams.

The format comprised first of the league stage, followed by the quarter finals, semi-finals and then the big final; with seven-a-side, five overs per innings, minimum two players on each side of the pitch, with one female batting player having to bat in the top three and would not be declared out in case of hit wicket, plus their runs scored would be doubled. After a tight fought contest the final face off was between teams Avatars (Blue) and Suntastic Stars (Yellow). Batting first, the Avatars notched up 63 in their seven overs. Rayomand Bharucha played anchor and kept the score board ticking with runs. In reply, the Suntastic Stars were extremely confident and won the contest comfortably with openers – Zoraius Kamdin and Shazmaan Kalwachwalla – cruising their side to victory in style!