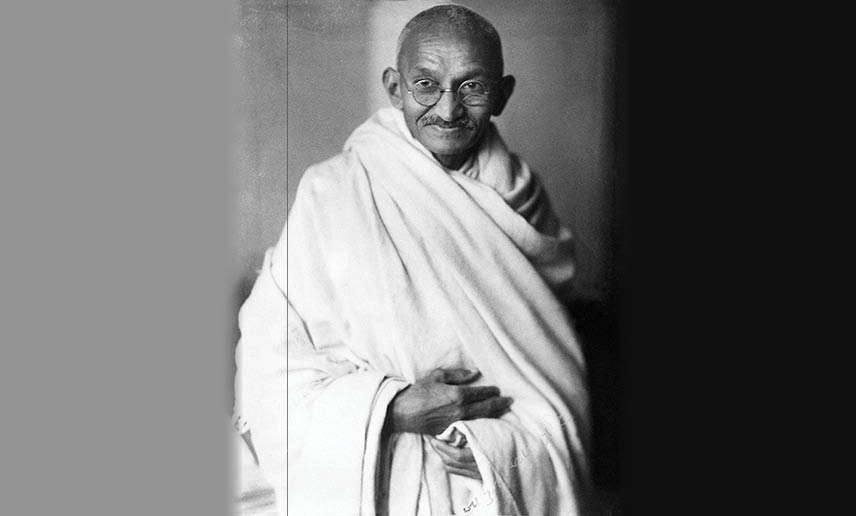 Seventy-four years ago, Mahatma Gandhi was assassinated in the compound of Birla House (now Gandhi Smriti), a large mansion in central New Delhi. The date was 30 January, 1948. Gandhi was 78 years old.

Muhammad Ali Jinnah, the founder of Pakistan, had his differences with Gandhi. But on that fateful day of Gandhi’s assassination, he said: “I am shocked to learn of this most dastardly attack on the life of Mr. Gandhi, resulting in his death. Whatever our political differences, he was one of the greatest men produced by the Hindu community, and a leader who commanded their universal confidence and respect.”

In India, 30th January is observed annually as Shaheed Diwas or Martyrs Day. As our tribute for the upcoming Shaheed Diwas, we would like to recollect Gandhi’s relationship with Parsis.

Dadabhai Naoroji and Pherozeshah Mehta were Gandhi’s political mentors. Doctors like Dr. Dinshaw Mehta and Dr. Gilder were his health-care givers. In South Africa, a Parsi named Rustomjee saved his life when he was under attack. Parsi women like Mithuben Petit and the Captain sisters were a pillar of support in the Freedom Movement, while Ardeshir Godrej contributed most generously for the uplift of Harijans.

Tryst With The Grand Old Man Of India: On 4th September, 1888, Gandhi sailed from Bombay to London with three letters of introduction. One of them was written by a noted Maharashtrian medical practitioner introducing the then relatively unknown Gandhi to the Grand Old Man of India. Gandhi was so much in awe of Dadabhai that he felt uncomfortable approaching him without a letter of introduction! The good doctor however told him, “You need no introduction to him. Your being an Indian is sufficient introduction. But you are a youngster, unraveled and timid. This letter will give you courage enough to go to the Grand Old Man”.

Later, Gandhi acknowledged, “I soon found that Indian students had free access to the Grand Old Man at all hours of the day. Indeed, he was in the place of father to every one of them, no matter to which province or religion they belonged.”

Dadabhai was a regular source of advice and inspiration to Gandhi, particularly when the latter was in South Africa. They exchanged hand-written letters almost every week. “I have always been a hero-worshipper and Dadabhai became real Dada (elder brother) to me,” Gandhi had said. In one of his letters to Dadabhai, he wrote, “I am yet inexperienced and young and therefore prone to make mistakes.” He said that the responsibility that he had undertaken was out of proportion to his ability. However, he said that just as Dadabhai was fighting for the rights of Indians in England, he was fighting for the rights of Indians in South Africa, and in this he requested Dadabhai to kindly guide and advise him, which Gandhiji said, he would follow as advice coming from father to son.

According to R P Masani, Gandhi is, “the apostolic heir and successor to the place occupied by Dadabhai in the heart of the people of India.” Coincidentally in South Mumbai, Mahatma Gandhi or M G Road begins where Dadabhai Naoroji or D N Road ends! 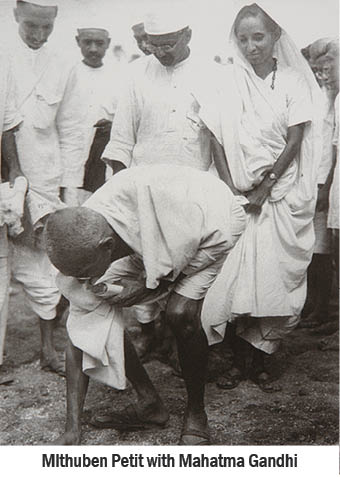 Parsi Rustomjee To Gandhi’s Rescue: While in South Africa, one of Gandhi’s earliest friendships was with Rustomjee Jivanji Ghorkhodu, commonly known as Parsi Rustomjee, and more affectionately as Kakaji (uncle). Rustomjee was Gandhiji’s earliest mentor, guide and financial supporter. Gandhi and his young family were given shelter at Rustomjee’s house on January 13, 1897, after a mob of Europeans attacked Gandhi. Rustomjee and his property were threatened too but he was unrelenting in his support for Gandhi.

When Rustomjee expired, Gandhi wrote the following tribute: “I first made the acquaintance of this good Indian in 1893. At first, I was not greatly impressed by him. However, as I got more and more involved in public work, I learnt more and more to value the gem-like qualities in Parsee Rustomjee. He was my client, my colleague in public work and finally, he became my friend. When the whites attacked me in 1897, Rustomjee’s house sheltered me and my sons. The whites had threatened to burn down his house and property. That threat, however, did not deter him in the least. He continued the relationship thus built up in Africa till the time of his death. He continued to send money here too for public work. There are hardly any Indian workers of their caliber left in South Africa now. As God is the friend of the helpless, He will look after the Indians in South Africa. But the void created by Parsee Rustomjee’s death will never be filled.“

Jehangir was the grandson of Sir Dinshaw Maneckjee Petit and the eldest son of the Bomanjee Dinshaw Petit, after whom the Parsi General Hospital is named. He donated generously to the cause of nation and was amongst the first benefactors of Gandhi in India. He was in contact with Gandhi even before his arrival in India and has supported Gandhi’s struggle in Transvaal in South Africa and activities of Servants of India Society. During Gandhi’s 1922 trial, Jehangir stood closely by him.

Mumbai’s ‘J B Petit High School for Girls’ is named after him. He influenced his father, Seth Bomanji D. Petit to give a munificent donation of the immovable property called ‘Cumballa Hotel’ at Cumballa Hill, which culminated into the foundation of Bomanjee Dinshaw Petit Parsee General Hospital in 1907.

Dr. M. D. Gilder As Health Care Giver: Gandhi suffered from various illnesses and two Parsi doctors, a cardiologist and a naturopath, treated him and became his close friends. Dr. Manchersha Dhanjibhai Gilder, the cardiologist, on several occasions (1932 – 1947), attended to Gandhiji and his wife, sometimes along with Dr. Jivraj Mehta.

Dr. Gilder’s political life began in 1926, first as a Member of Congress, then as Minister of Health 1936-1939, and again in 1945-1952. He first met Gandhi in 1932, attending the fast at Yeravda jail. He himself was arrested in 1939, released after eight months and re-arrested during the ‘Quit India Movement’ (1942-44), again attending a Gandhi fast, and was released on the same day as the Mahatma. He was elected Mayor of Bombay in 1943 – the only Mayor to be elected who never occupied office because of imprisonment. From 1952 to 1960 he became Member of Rajya Sabha, Delhi.

As medical practitioner, Dr. Gilder was the first to start cardiological practice and own a cardiograph [this machine recorded readings on glass slides and is preserved in the cardiology museum of King Edward VII Memorial Hospital, (KEM) Bombay]. He held many staff and teaching appointments in Bombay and was active in the development of the King Edward VII Hospital. He became President of the ‘Bombay Medical Union’ and ‘College of Physicians and Surgeons’. He held a special interest in Alcoholics Anonymous, being personally responsible for the treatment of patients in six free beds at St George’s Hospital, Bombay. He had a considerable library which he bequeathed to this hospital.

In 1939, Dr. Gilder also worked with Gandhiji to shut down liquor shops in Bombay. In 1946, he advised Gandhiji not to visit plague-affected villages.

Nature Cure With Dr. Dinshaw Mehta: Dr. Mehta first met Gandhi in 1930 and later established the National Institute of Naturopathy in Pune. Gandhi spent 156 days at this institution in 1944 and later wrote, “I have had the kindest service from Shri Dinshaw Mehta and his staff during my 21 days’ fast and after. It was all voluntary labour. I believe him to be a sincere lover of his profession. He has passion for naturopathy. Being myself a believer in natural and simple remedies, I am deeply interested in his experiments.”

Dr. Mehta treated Gandhi and Kasturba Gandhi when they were unwell in Pune. When Gandhi was in Yerwada Jail, Dr. Mehta treated him. In his lifetime, Gandhi did three 21-day fasts. Of these, two were supervised by Dr. Mehta. These fasts and post-fast recovery made Gandhi healthier and more robust. He even wrote in Young India that he will live up to 120 years!

Support Of Parsi Women: The three sisters – Perin, Goshi and Khurshid Captain – were active in the Freedom Movement and a great source of strength to Gandhi. Mithuben (Petit) as she was called by Gandhi, along with Kasturba Gandhi and Sarojini Naidu, played a major part in the Salt March with Kasturba Gandhi beginning the march at Sabarmati, and Sarojini Naidu picking up the salt for the first time at Dandi on 6th April, 1930 as Mithuben stood in support, right behind Gandhi.

Mithuben was the daughter of the affluent Sir Dinshaw Maneckji Petit, well-known industrialist of his time. Young Mithu was influenced by her maternal aunt who was a follower of Gandhi, and Secretary of the Rashtriya Stree Sabha. The Salt March was one of the most important events in the Indian Independence Movement. Mithuben also participated in the Bardoli Satyagraha of 1928, which was a no-tax campaign against the British Raj, where she worked under the guidance of Sardar Patel.

Mithu also set up an ashram in Maroli called Kasturba Vanat Shala, which taught underprivileged children from families of Adivasis, Harijans and fisher folk, spinning, carding, weaving, dairy farming, leather-work and a Diploma Course in sewing, to make the women self-sufficient. She also established a hospital by the same name for the treatment of mentally ill patients.

Ardeshir Godrej: The pioneer of what we today call the ‘Make in India’ movement, Ardeshir was truly swadeshi – from quality indigenous locks and safes to making soaps with vegetable oil instead of animal fat! In 1926, Ardeshir contributed a sum of three lakhs rupees for the upliftment of Harijans (considered untouchables at the time). This was a time when donations of such scale were unheard of. Mahatma Gandhi acknowledged this donation as the largest contribution to that cause and a particularly important one for him.

Gandhi is among the few world leaders who shook the world with gentleness. On Shaheed Diwas, one of the best tributes we could pay is to follow his wise words, “Be the change that you wish to see in the world.”