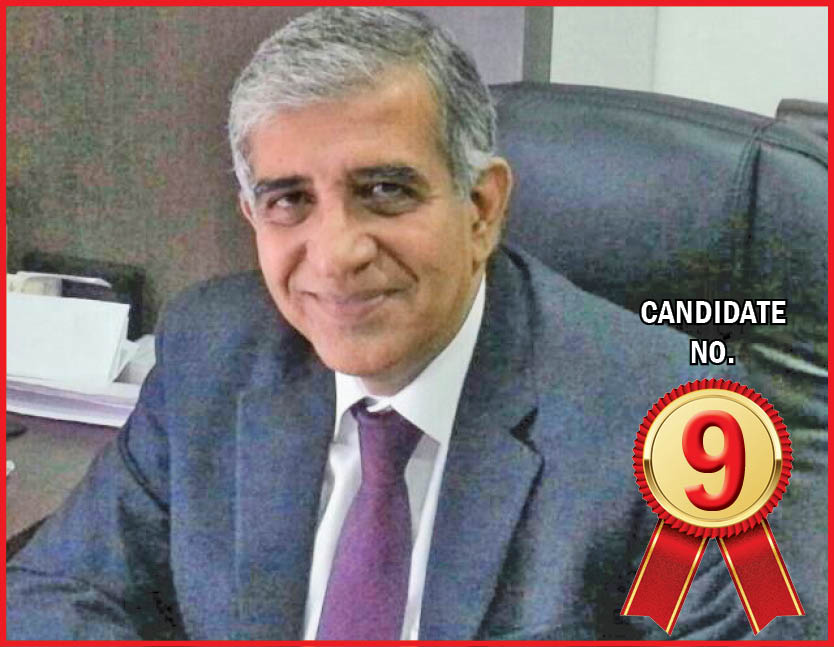 As the curtains are about to come down on my first term as a Trustee, six and a half years down the road… I must admit that I’ve felt a sense of pride, a sense of satisfaction and a certain amount of despair. This will be my final communication with the community marking the end of my first term as a trustee.

Having thought long and hard about not offering my candidature for a second term, as my colleague, Noshir Dadrawalla has done, I decided to take the plunge, not out of any love for the chair, but out of the determination to complete the agenda that I was not allowed to complete, by people outside the BPP… and to finally put to rest, my obsession with housing the poor of our community.

I’ve emphasized all through my campaign trail over the last one month, that what the BPP needs the most today, is protection from itself – protection from forces within the BPP who are pandering to forces outside the BPP, and bringing the BPP and its good work to a halt.

It has been verry frustrating knowing that it is the ‘enemy within’, which has not allowed us to deliver on the promises we made to the community and to the Trust, as your elected Trustees.

This time around, I have realised that it’s not enough just being a strong voice on the Board, but that its critical to be part of a like-minded team, which will perform collectively as a team, in the broader interests of the community.

Some community members may have perceived me to come across as harsh or rude. But it is my heart-felt concern for the welfare of the community – which has always been at the forefront… as a result of which I have sometimes been tough with people, who hoard two or three trust houses or who insist on being compensated lakhs of rupees for these accommodations which were given to them or their ancestors, free of cost, many years ago, and in which they have prospered.

I’ve generally been tough with those, who despite being extremely wealthy and/or are settled abroad, feel entitled to be compensated for charity flats.

I’ve done my best to help those who look for some monetary relief by relinquishing their rights of their house to pay their medical bill or to relocate, with a view to managing the rest of their lives comfortably.

I’ve always argued with my colleagues, that we must find a way to look after such people and provide them medical relief, etc., rather than letting them resort to becoming part of this ‘sale of flats’ program. This is a very delicate line that we need to walk, where welfare and policy clash.

I feel a sense of satisfaction when I look back at my comprehensive body of work, which speaks for itself, through my six-and-a-half-year Trusteeship… much has been accomplished and many promises were delivered. And yet, there lingers an abject sense of frustration from the fact there are so many good projects that were stalled or sabotaged by the foreign hand or ‘outside influence’ on this Board, which needs to be brought to an end… and this can be achieved easily if there is a strong and dedicated team in place.

POLITICS MUST TAKE A BACKSEAT AND TRUSTEESHIP MUST RETURN TO THE FOREFRONT.

The community must remember that when you choose a candidate, you must see the candidate not in isolation, but also what he/she represents, in terms of policy. You also need to ascertain whether the candidate is an independent-thinking person, who will work as a trustee, or whether he/she will be dependent on external advice, throughout the trusteeship.

We must also identify trustees who seem to have lost their individuality and nod in unison and shake heads in unison, without any application of mind to the issues involved, or to the harm that their political unity does to the community. Take for instance, the way the community is currently being fooled by the unfortunate, desperate and pathetic attempts of some trustees who are misrepresenting the issue of conversion of charity flats from Leave & License to Tenancy. [Details on Pg. 5]

The community today is at the proverbial crossroads – something that one speaks about at all elections. However this time around, I say this with the utmost honesty, if we do not give the Trust a chance to become independent, to have like-minded, community welfare oriented, professional individuals who will deliver the goods that the community so badly needs, then the opportunity for the Trust to recover its credibility will forever be lost.

We need good people in the Chair, we need honest work being done, where welfare of the community is a priority. Only then, will the ‘Trust’ in trusteeship return and the world will be a better place for our small community.

I seek more than your votes – I seek your support, your involvement. I want you to play a more active role, and work shoulder to shoulder with the trustees, and together we will rebuild the Trust, rebuild the BPP, rebuild the trust in BPP, and rebuild the credibility that has been lost for the last two and a half decades.


Yezdi Bhagwagar (Chartered Accountant and statutory auditor for Jam-e-Jamshed) supports candidature of Kersi Randeria (Candidate No.9) and his team.

“I have known Kersi for the last 20 years. He is a visionary with community welfare being his sole objective. Furthermore, he is the perfect blend of sound legal knowledge and unimpeachable integrity. I have seen him working ceaselessly for the good of the community, often times at the cost of his personal life and business. Kersi with his team consisting of Dr. Adil Malia (candidate no.1) Lion Daara Patel (candidate no. 4) Hoshang J. B. Jal (candidate no.7) and CA Farhad Hozdar (candidate no.5), in my view, are the right candidates to lead the BPP and restore it to its past glory.”