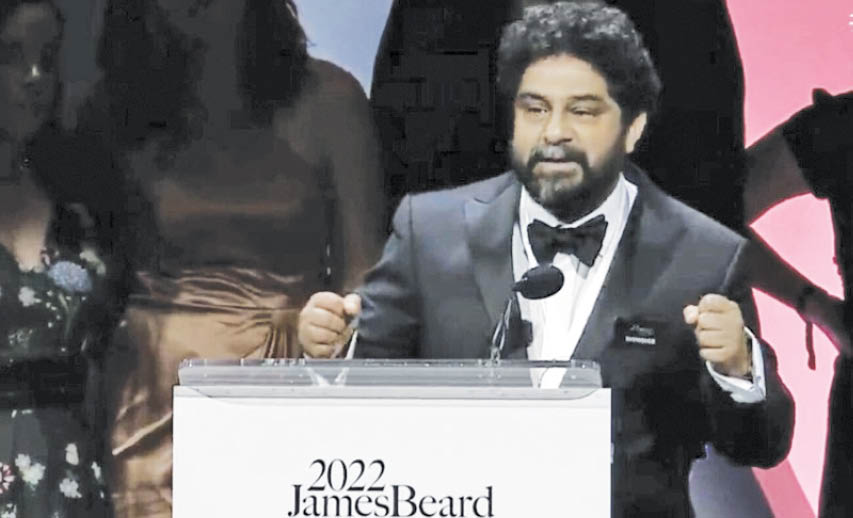 On June 13th, 2022, US-based chef Meherwan Irani’s restaurant, ‘Chai Pani’, (in Asheville, North Carolina), which is known for serving affordable Indian street food, was awarded ‘The Best Restaurant In America’ at the prestigious ‘James Beard Foundation’s Restaurant and Chef Awards’, in a live ceremony, held at the Lyric Opera, in Chicago, after the forced break due to the pandemic. Chai Pani’s owners, chef Meherwan Irani and his wife, Molly, were present to receive the award and were delighted on being declared the winners.

The Outstanding Restaurant award is given to one that, “demonstrates consistent excellence in food, atmosphere, hospitality, and operations while contributing positively to its broader community.” Meherwan Irani has been nominated as well as been the recipient of several awards. He and Chai Pani co-founder, Molly, were present at the award ceremony.

Chai Pani restaurant is famous for its delectable street food fare including chaats, tikkis and pakoras, along with South Indian thalis. Established by the Iranis in 2009, ‘Chai Pani’ restaurant boasts of its presence across seven locations, including Georgia. Their condiments ‘Spicewalla’ is a hit with other chefs and is used regularly in many kitchens across the country.