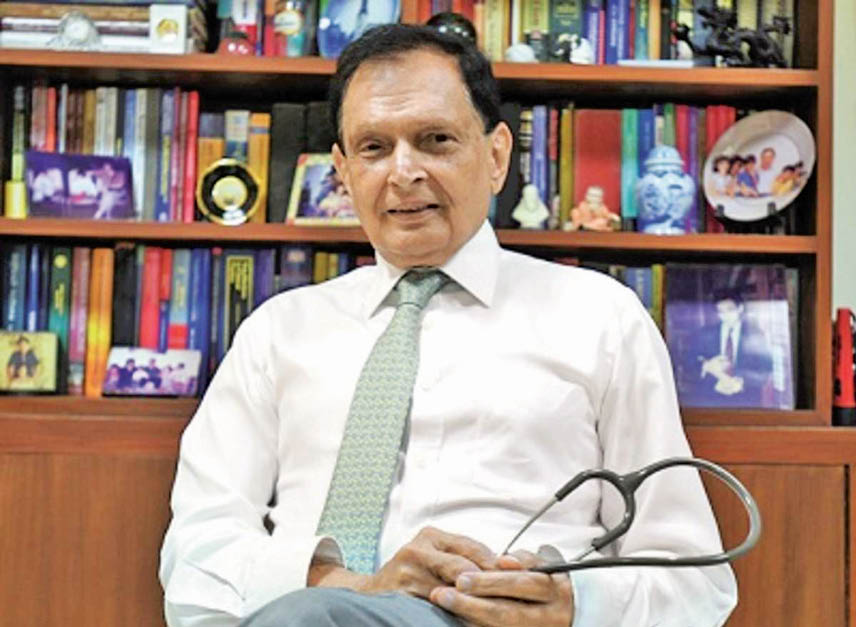 Revered greatly and considered a legend in the medical field, Dr. Dr. Farokh E. Udwadia dons many hats which reinforce his brilliant talents. An author and now playwright, Dr. Udwadia’s latest stroke of brilliance will be presented by the NCPA as a play (stage-reading) that he penned – ‘Oganga’, which can be considered an ‘All-Parsi’ collaboration, in keeping with the fact that it is directed by the eminent director Dr. Sooni Taraporevala and features Jim Sarbh, one of the foremost actors of our times and is staged at the NCPA!

‘Oganga!’ is the extraordinary saga of an extraordinary man, Dr. Albert Schweitzer, who forsook life’s luxuries to unconditionally offer a lifetime of service as a doctor in the jungles of Equatorial Africa. A true Renaissance man, he was a theologian, musician, virtuoso organist, prolific writer, profound philosopher, but above all, a great humanist. His work champions a life of selflessness, heroism, sacrifice and universal love for God’s creation. Interspersed with Bach’s works, this is also a work where the love of music that binds the two good doctors – the subject and the writer – comes alive on stage. 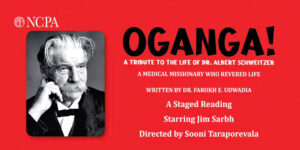 PT brings you an interview by Special Reporter – Razvin Namdarian, in conversation with Dr. Farokh Udwadia, about his latest literary opus ‘Oganga!’… and more!

PT: Dr. Udwadia, having already authored so many medical books, what prompted you to become a playwright?

Dr. Udwadia: Writing comes easy to me. While most books I’ve authored have a medical background, the book ‘Tabiyat’, is a collection of essays on topics related to medicine, but not too technical and suited for reading by the lay person. Having studied the life of Dr. Albert Schweitzer, I felt that this great man’s life should be made known to more people. He was a great humanist and a remarkable doctor, having won not just the Nobel Peace Prize, but practically every prize that could be won. Here was a man who served unconditionally. I think he was one of the greatest individuals of the 19th and 20th century – I would even place him ahead of Einstein.

PT: Tell us more about the play ‘Oganga!’

Dr. Udwadia: The play illustrates the ideal of how every human being should be. It’s about a man who lived for others, not just for himself; It conveys the message of universal love not only towards one’s fellow man, but for all living things. Incidentally, the title of the play ‘Oganga’ is derived from the name bestowed on Dr. Albert when he was in Africa – it actually means ‘witch doctor’, as there were no doctors in that part of the world other than witch doctors at the time, it was the only way that they could define this great healer, who had forsaken all of life’s comforts in Europe, to help these poor, less-privileged people in equatorial Africa.

PT: Is the play in the form of a narrative?

Dr. Udwadia: Yes, it is in the first person, it is a soliloquy, one actor who enacts and reads what I have written. The play starts off, “I am Albert Schweitzer….” with Jim Sarbh enacting his role. It describes his early days which brings to light the less known fact that at a young age, he had a doctorate in philosophy, theology and music! He was one of the greatest organists of Europe! He gave it all up to serve the people in Africa. At the age of 30, he studied medicine and obtained his MD for just that.

PT: How did this come to be an all Parsi collaboration – You, Dr Sooni Taraporevala, Jim Sarbh and being staged at the NCPA!?

Dr. Udwadia: Honestly, I never thought of it that way – everything just fell into place fortuitously. It wasn’t planned that way. I wrote the play during the pandemic and the collaboration with the director and actor happened towards the end of the pandemic

PT: How has the life of Dr. Albert made an impression on you?

Dr. Udwadia: His life has greatly influenced me. I believe if you look at how he lived his life, it would influence anyone, not just a doctor. Imagine deciding to give it all up to go and live in a country like Africa, and having to start from scratch, literally in the middle of a jungle! He never charged any of his patients and relied on donations. I’ve also done a lot of charitable work – I work with the JJ hospital and take care of my ward. But nothing can compare to the humanity of the great Dr. Albert.

PT: Any other works in the pipeline we could look forward to?

Dr. Udwadia: I’ve just finished writing a large medical text book, which will soon go in for page-proofing. That should take up the next few months.

PT: On a separate note, through the pandemic, your son, Dr. Zarir Udwadia was a prime frontline warrior through the battle with Covid. What are your views on the situation today?

Dr. Udwadia: Yes, Zarir was in the thick of things right from the onset of the pandemic. He was caring for the most critical patients as well. As parents, my wife and I were anxious and concerned for his welfare and would pray for him. With God’s grace, he also emerged safely from the pandemic. The pandemic is most likely on the wane and is now like the flu. To those who still fear Covid-19, I would say that we are now seeing a much milder strain of the virus. One cannot live in fear and curtail one’s life. We must take necessary precautions – because it’s as infectious as the flu – like wearing a mask in public places.

PT: What would you like to tell our youth who are contemplating taking up medicine as a profession? What is your life-mantra?

Dr. Udwadia: I would advise youngsters that medicine is a great profession but don’t go into it with just the intention of earning money. It is more about having a sense of service. My mantra for life is hard work, clean and good thinking, and simple living.