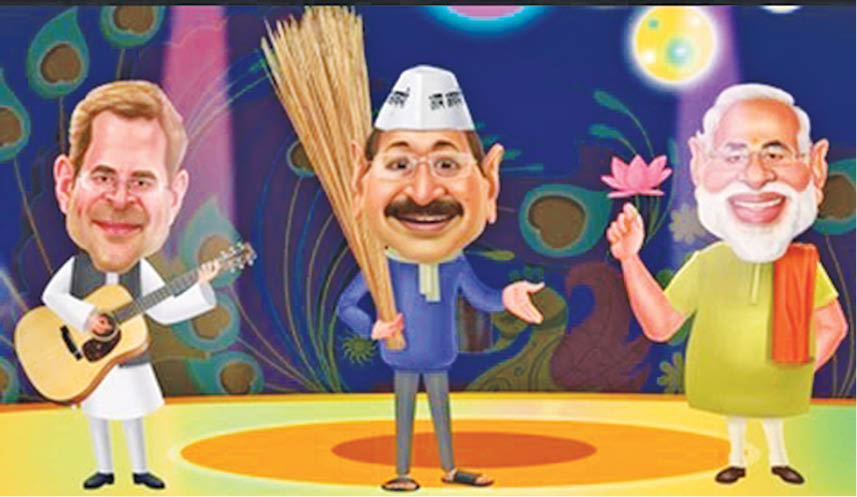 I am surprised, nay shocked, Meherbai and her vociferous, or is it voracious, baug-brigade has not censured all the verbal diarrhoea that is being spewed out by the so-called leaders of our destiny, of our Bharat, i.e. India. Hungry for power, these leaders(?)  use a language that would make a sailor blush! Elections seem to bring out the worst in those vying for seats in august houses, from parliament onwards.

The MPs, the MLAs, the Municipal Councilors, (once affectionately referred to as the City Fathers), almost all seem to suffer from oratorical degeneration. Opponents are attributed with bovine, porcine, feline, canine or lupine qualities. Very senior leaders behave in a manner which would invite the wrath of teachers or parents if children behaved in similar manner. One is surprised that the animal lovers and activists have not let out a pip for involving our dumb friends into the inter-parties’ ugly brawls.

Our newspapers have a field day reporting such antics. And why not? One would think that with all the high visibility media exposure to which these politico chappies are exposed to, they would be more circumspect. But no, these hams go on and on with a hope that there will be someone, somewhere, who will be listening to them and believing them. It is about time we elect educated and good people to rule over the country and not any riff-raff who come down to tu-tu mein-mein at the drop of their Gandhi cap. Old Bill Shakespeare would have commented, “What a fall there is my countrymen while you and I and all of us did fall and the parliamentary language ran a-whirling down the drain!” 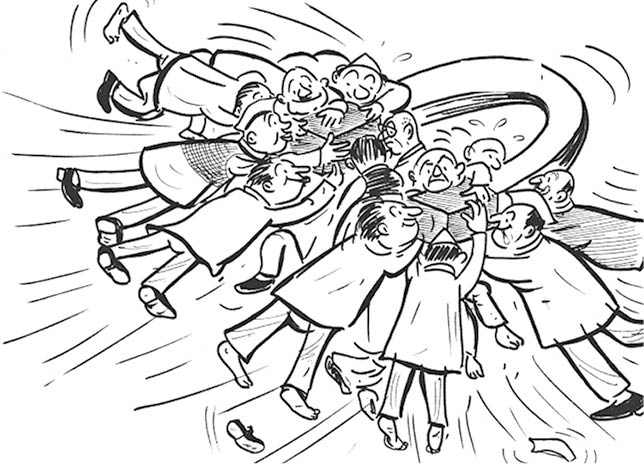 There is hardly any stuff that one can quote from, from our present day speakers, our ‘Country Fathers’ or City Fathers like Churchill’s – “I have nothing to offer but blood toil, tears, and sweat” or JFK’s “Ask not what your country can do for you…..” or the Lincoln’s immortal “…… the government of the people, for the people and by the people shall not perish from the earth,” or Jawaharlal Nehru’s “The only alternative to co-existence is co-destruction.” Nehru’s quote, “The person who talks most of his own virtue is often the least virtuous,” is the most apt quote for the present day politicians. I remember reading Sardar Khushwant Singh’s comment about Indira Gandhi’s speeches in the words to the effect that if she has a speech writer, she should change him, but, if she is writing her own speeches then she should get one. Compared to the present times, Indira’s speeches were really great.

No one talks of policies or principles, ideas or ideals. Today’s oratory is filled with verbal violence. Railing accusations, vituperative language, invectives and denunciations in and out of the August Houses is the order of the day. Parliamentary grace, polish, courtesy, all take the back seat. Let us compare this with an Indian who was sworn-in on November 1922 into the Parliament of the United Kingdom as the Labour Party candidate. He was Shapurji Dorabji Saklatvala. In his maiden speech, he mentioned very gracefully, “Sir, to realise that if we (members of the Labour Party) are found especially wanting in certain mannerisms or if our phraseology is not up to the standard, it is not for want of respect or want of love for any of you, but simply because we of the people shall now require that the people’s matters shall be talked in the people’s voice.” Shapurji never knowingly gave offence to anyone even though he spoke in people’s voice. In fact, the Speaker thanked him for ‘his unfailing courtesy in debate’.

This rude trend has percolated down even to the August Boardroom of the BPP especially during the last ‘non-term’, but fortunately it is presently on the decline. Many, many of the Parsis have already obscured the ‘Kunashni’ factor of our holy trinity by sprinkling their verbal intercourse with some of the fruitiest epithets in English, and in Gujarati with the compound of some Persian cognates relating to maternal lineage. Meherbai to the fore, please!!