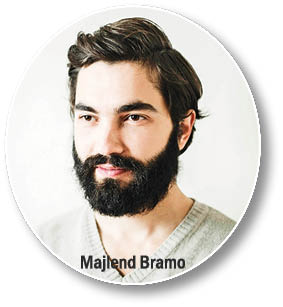 A compilation of over a hundred pictures depicting our rich Zoroastrian culture and heritage, ‘Like Sugar In Milk’ is a photographic compendium authored by Italian photojournalist, Majlend Bramo. Commencing this project back in 2014, 30-year-old Majlend states, “While working for the Florence based newspaper, ‘Corriere Della Sera’, I came across an Italian book by Terzani called, ‘Un Altro Giro Di Giostra’ where he mentions a quote from prophet Zarathustra that suggests that there are only three ways to cure oneself – First, through knives denoting surgery; Second through herbs or food, denoting nutrition; and Third, most importantly, through ‘mantras’. I immediately recalled having come across the name ‘Zarathustra’ in high school too, when I read ‘Thus Spake Zarathustra’. I was intrigued… and the rest is history!”

Majland started researching by scavenging through websites, newspapers and books that led him to discover how India was home to a large number of Zoroastrians termed ‘Parsis’.  “I read innumerable articles from archives of popular dailies in India, which repeatedly highlighted how Parsis were getting extinct. My research further validated that Zarathustra is a real prophet of one of oldest religions in the world. The fact that ‘Zoroastrianism’ was one of the most influential, ancient and authentic religions of the world, convinced me to document every piece of information on this community, through my gift of photography,” shares Majlend who has been visiting India every winter, since the past four years. 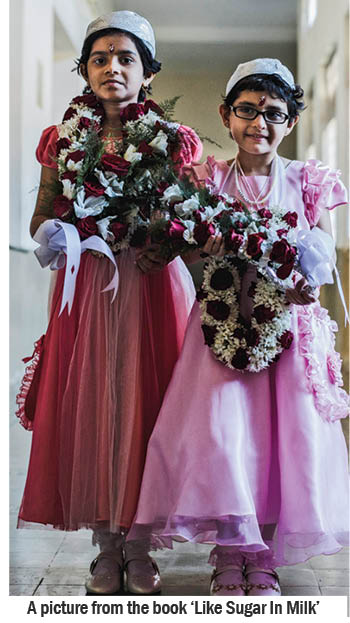 His desire to tell the story of ‘Parsis and Zoroastrianism’ led him to read the Italian translation of the ‘Avesta’ and connect with various Parsis in Mumbai. “By word of mouth I was introduced to a Parsi girl who introduced me to many others. Since October 2014 to January 2018, I have been clicking away pictures of navjotes, weddings, jasans, the Athornan Institute at Dadar and Andheri. I would always request my Parsi friends to intimate me about gatherings or occasions where I could take pictures,” said Majlend who has put in a good effort trying to deliver ‘parsipanu’ through his lens.

“My main aim of printing this book is to celebrate this ancient religion and its cultural traditions and it is a pity that the community is reducing in numbers even though some efforts are being undertaken to address the problem,” says Majlend whose book-cover reveals ‘a diagonal line that extends from extreme top left to bottom right’. The line represents the journey of Zoroastrians from Persia to India, and is also symbolic of the current state of our declining numbers. “Another layer of understanding is the remarkable comparison we can draw between the circumstances when Parsis were accepted as refugees by King Jadi Rana and the current scenario of refugees in Europe. It drives me to think about the consequence if King Jadi Rana refused to accept Zoroastrians. I personally believe that it would have been a tragedy for India because the community has given so much to the country in a number fields,” said Majlend who is all set to launch his book on 20th March, 2018.

PLACE YOUR ORDERS FOR ‘LIKE SUGAR IN MILK’ NOW! The 176-page, hard-cover beautifully illustrates the Parsi Community as well as its perception, concluding with a caption-based glossary of each picture in the book. Available for Rs.1,800/- the book can be pre-ordered as the perfect gift to present your family and friends this Jamshedi Navroz! To Pre-order copies, log on to: https://www.majlendbramo.com/ For moreiInfo email: info@majlendbramo.com