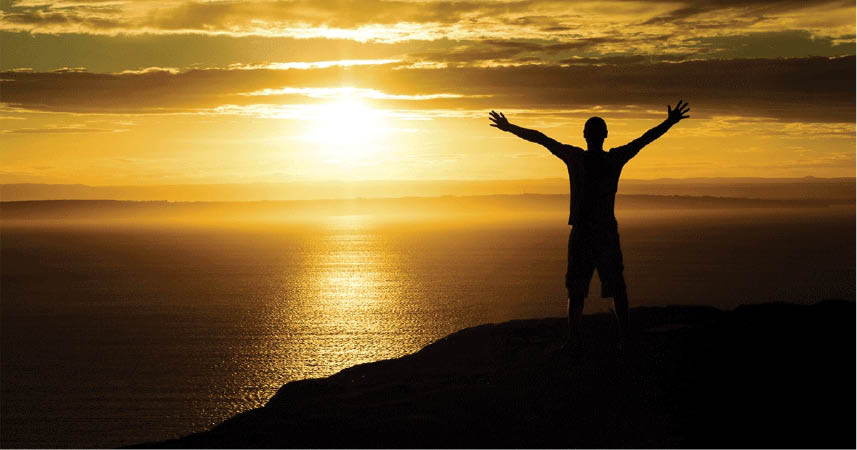 Heliotherapy means healing through the sun’s rays. Today, some people avoid the sun, use sun-block, shades and umbrellas to actually block out this most beneficial therapy which was known to ancient civilizations. Getting direct sunlight on your body during the right time of day benefits all your joints. It’s free vitamin D given by Mother Nature! In cold countries, and increasingly in India as well with the culture shifting to staying indoors more, people have to take Vitamin-D tablets to make-up for lack of sunlight.

A daily practice of the Mayan and Babylonian civilization was, during sunrise (when the sun’s rays are at the mildest), expose their eyes directly to the sun’s tender rays. This was because there’s a direct link between sunlight and the pineal and pituitary glands situated in the mid-brain region, giving the person an optimistic mood and vitality to last through the day. Ancient Indians knew this as nature’s ‘Pranic-Shakti’ and hence the practice of the early morning ‘Surya-Namaskar’ became the foundation of Yoga.

In countries where sunlight is less and the environment is dull and grey, the pineal glands secrete a hormone called ‘Melatonin’, which induces drowsiness, sleep, lack of energy, apathy; and at times, even depression. It’s called the ‘winter-blues’ and is the consequence of no sunlight doesn’t touch the retina – causing no stimulation of the two glands (pineal and pituitary) in the mid-brain area. Citizens of such countries suffer physical lethargy and depression. It is due to this direct scientific connection between sunlight and the secretions of the glands, that the science of Heliotherapy has become increasingly popular and beneficial to the human race.

Even today, exposing the eyes to direct sunlight (at early sunrise only, when the sun’s rays are the mildest) greatly benefits the brain-cells by secretions of the vital-essence or Pranik-Shakti which ancient Chinese called Chi or life-force. Sunlight is the best, free medicine for the entire body. See how healthy, people working outdoors all day are in comparison to those working in artificially-lit, air-conditioned offices.

According to Yoga, even our food must be eaten during sunlight hours. During these hours, food is ‘Satvic’ since it absorbs the sun’s vital-essence and gives us Pranic-energy, vitamins, minerals and above all, vitality. After sunset, no food should be had because that food is ‘Tamasic’ or devoid of all pran, vitamins, minerals and vitality. Tamasic food leads to health problems. There’s another scientific reason for this. Our metabolism works most efficiently during the sunlight hours – after sunset, it slows down. If you feed the body when metabolism isn’t working, how will your body take nutrients from that denatured pran-less food?

Just as the quality and time of putting food in the body is important, so also is the quality of air entering your lungs and sunlight entering your eyes. Sunlight also stimulates our endocrine system to secrete hormones including ‘Cortisone’ which relieves inflamed arthritic joints. Sunlight taken on the spinal cord benefits the entire body. If the human body is not exposed sufficiently to sunlight, the human system will be deprived of solar radiation and prolonged deprivation may even lead to physical and mental problems, low immunity and chronic diseases. Similarly, several skin and bone problems can be solved merely by exposure to sunlight in moderation. So don’t just shun the sunlight – it is our cosmic-friend which keeps us healthy, energetic , enthusiastic and full of joy and positivity!