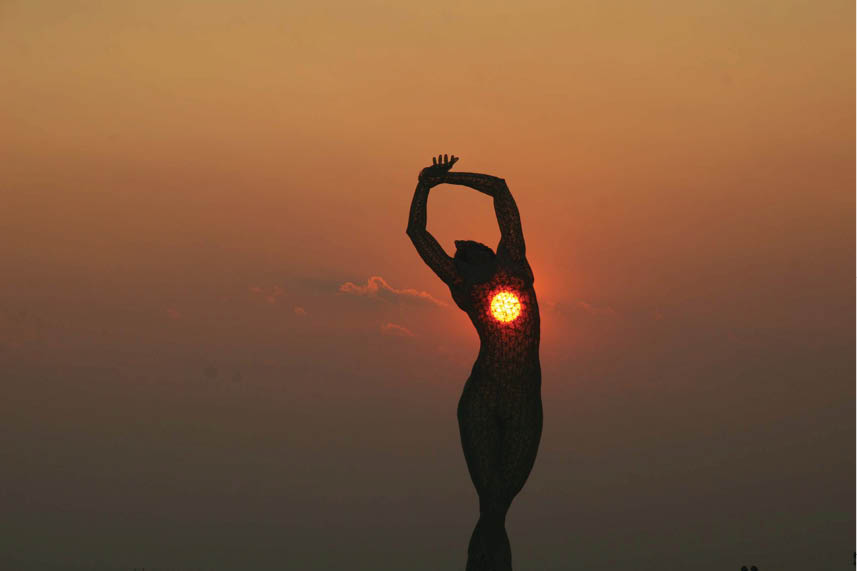 An ancient Indian Mantra, ‘Satyam, Shivam, Sunderam’ can be translated as truth, divinity and beauty. There’s a strong relationship between the three because achieving excellence selflessly is equivalent to pursuing the truth, which in turn takes one nearer to the realisation of God. In fact, one can say that any selfless action (Nishkaam-Karma) performed with perfection, brings us closer to God since perfection is an attribute of God.

Ancient civilizations the world over – the Egyptian, Babylonean, Greek, Roman and Indian – believed that pursuing excellence in fine arts led to holy communion with God. That’s why classical singing and dancing was done in temples in praise of Goddess Saraswati – the patron of knowledge and arts. The Greeks and Romans worshipped Apollo, the sun God, who was revered as the patron of music, writing, poetry and all other fine arts.

In India, the exquisite paintings and sculptures of Ellora and Ajanta caves are actually prayers in stone, a thanksgiving to God. The artists selflessly found satisfaction in the act of their work since work is worship. They were perfectly happy to remain anonymous, taking care only to see that their work was flawless and reflective of their spiritual feelings.

And science? Does science have divinity? Advances in science continue to reveal to us this fascinating beauty of God’s creations – be it a small grain of salt or a huge and distant star. We now know that even an innocuous looking salt grain contains atoms of sodium and chloride arranged in three dimensions in an artistic manner. Anyone viewing this sight through a microscope is captivated by the beauty of creation and the intricate mechanism by which the atoms keep themselves together.

Revelation of this excellence in God’s creation has been the constant endeavour of science right from the days of Aristotle, Newton and Einstein to the present day.  Realising God’s excellence in nature only brought these scientists closer to God – some of them even expressed a feeling of deep religiosity. Einstein said, “Science without religion is lame; religion without science is blind.” In Buddhist Zen philosophy, pursuit of excellence through Karma is perfected, aspiring for truth, excellence and perfection in order to achieve the final state of bliss. Some of the best Japanese scientists are also Zen masters. The scientist derives happiness through nature.

In the process of their search for excellence, artists gain spiritual knowledge through their work, attaining a state of bliss, inching towards self-realisation, or being in oneness with God. In Sanskrit this is called ‘anand’ or ‘parmanand’, a state of extreme bliss. One can reach God through art – a poem, painting, prose, tune, song or dance provides the preliminary path to God as spiritual evolution. To an ordinary mind, art is merely decorative but to a spiritually sensitive person, it’s a valuable psychological experience.

To many rich people, art is an idle luxury, but in reality, it’s the threshold of authentic divinity. A great artist, poet, writer, singer, dancer is an unconscious transmitter of Divinity. Creative people become seekers of God-union like mystics. When someone crosses the frontiers of mediocrity in any sphere, he/she is touched by divine inspiration and music is the best example since it affects the hidden faculty of the soul. Spirituality lies in the beautiful strains of Beethoven’s ‘Fifth Symphony’ or in the sublime anguish of Chopin’s ‘Ballade in G minor’. Genuinely creative persons who become so absorbed in artistic creativeness as to forget themselves and their surroundings are no less than a Yogi, Sadhu, Zen master or a mystic. The difference is, they all keep their body immobile in a God-conscious state while the artist uses his body and mind through some medium like paper, canvas, colours or musical instrument to delineate Truth, Divinity and Beauty.