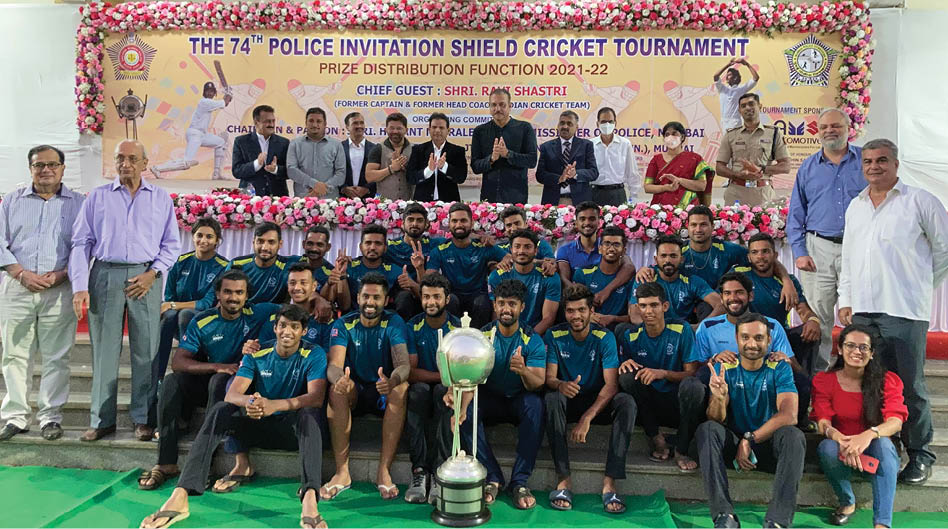 Team Parsee Gymkhana (PG) had a magical season, emerging as the dominating and leading club in Mumbai’s cricketing arena by winning three back-to-back titles in a row, in all three formats of the game, making history as the first club from the city to do so and becoming the most successful team of Mumbai. Team PG has time and again proven its prowess as a family of individuals that come together and put their best foot forward to garner success.

PG added another title to their kitty, by grabbing a mammoth 298 run victory over defending champions – Payyade Sports Club, during their three-day final (24th – 26th December, 2021) of the 74th Police Invitation Shield Cricket Tournament at the Police Gymkhana ground at Mumbai’s Marine Drive. Known as one of the city’s major and popular tournaments, the Police Shield has been a stepping stone for many young promising cricketers to showcase their crafts along with top established cricketing personalities, giving them an opportunity to move ahead and play at higher levels, including representing the country.

Chief Guest for the post-match presentation ceremony was former India cricketer, captain and head coach of the Indian cricket team – Ravi Shastri, while the Chief Patron for the evening was Mumbai’s IPS Commissioner of Police – Hemant Nagrale.

PG nurtures talents year after year, with top-class work ethics… they think, train and play like champions and this legacy continues across generations. Congratulations to Team Parsee Gymkhana’s exceptional performance! Watch this space for the special and exclusive coverage of dream Team Parsee Gymkhana’s successful journey towards being crowned champions with details in PT’s next issue! Until then, wishing all our dear readers a very Happy New year!