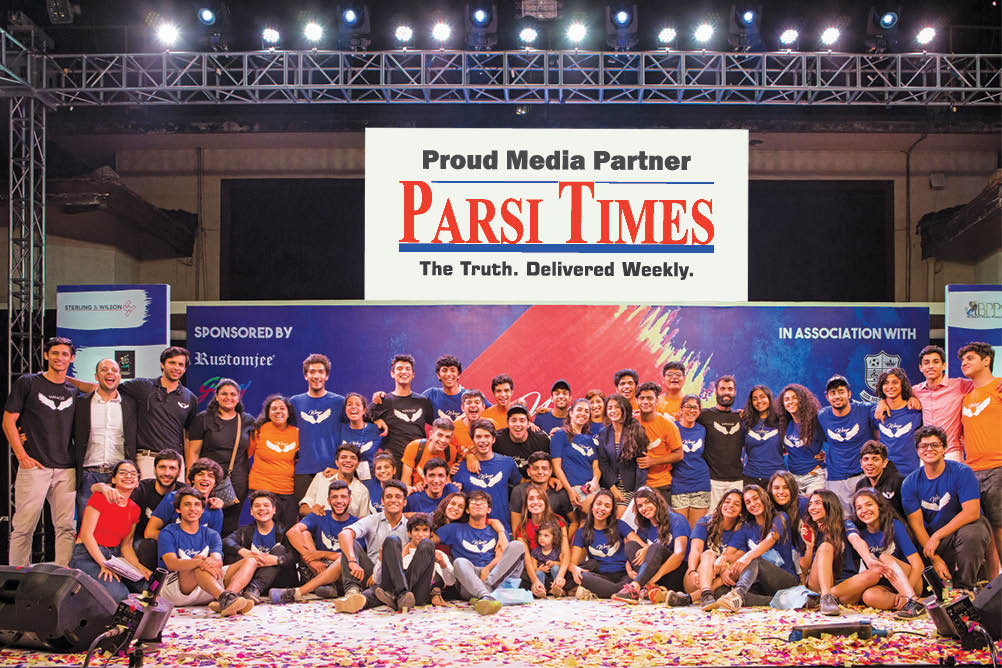 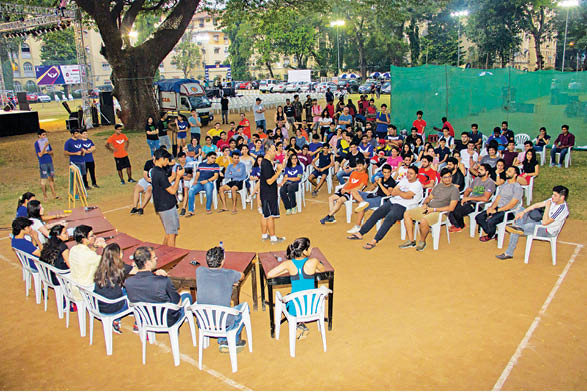 The third chapter of WINGS’18, the community’s annual, premier Sports and Cultural Festival, had our community members flocking in large numbers to the Rustom Baug Grounds, to partake of the fun, festivities, dynamic display of talent and some seriously thrilling entertainment – all through the four days of the exciting extravaganza, 8 – 11 November, 2018. With Parsi Times, as its proud Media Partner since its inception, the third year of this fest was even bigger and better and grander than the previous two, which were also runaway successes.

Day-1 (November 8) kicked off with a number of adrenaline-charged field and indoor events. The Table Tennis tourney registered a record 80 entries and was divided into 4 pools of 20 players each. The 24-Team Sepak Tourney, the largest across All Parsi Sepak Tournaments, the Indirect Volleyball Tournaments and the Group Stage Matches of Football and Cricket also commenced, alongside the first round of matches for FIFA, Badminton and 1v1 Football. 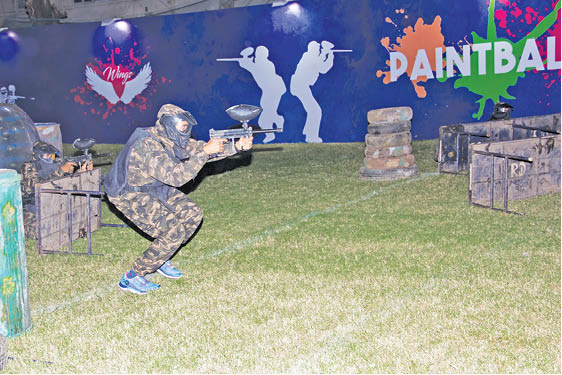 Day-2 (November 9) saw Parsee Gymkhana’s national level TT player – Zubin Taraporewala and Homi Motta make it to the quarterfinals. The large number of Sepak teams occupied both Courts. A special, first of its kind box was made for Cricket, comprising advertising boards, taking the cricketing experience to a whole new level. The second and third rounds of individual events like Badminton, 1v1 Football and FIFA were carried out, with a special cage built for the 1v1 Football Tournament, which was one of the highlights of the 4-day fest. The onlookers thoroughly enjoyed the excitement as every tackle, skill and goal was celebrated with loud cheers. 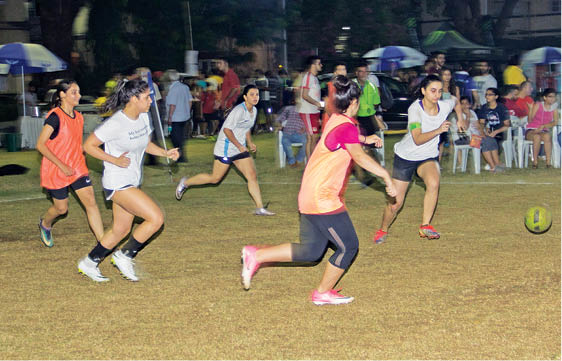 Day-3 (November 10) was full of excitement and thrills as all the Tourneys competed heatedly for their place in the finals with participants battling it out in the semifinals of numerous events. In Football, Petit beat Rustom Baug ‘A’ in penalties. The 1v1 Tourney finale saw Arish Sutaria of Petit taking on Danesh Avasia of Jer Baug, in a passionate encounter. Day 3 also saw the inauguration of the Paintball, with its 121 feet arena especially built for the event, with 40 team registrations. Even post 3 finals and 11 events, the day wasn’t over, with the Midnight Treasure Hunt with 40 teams kicking off at 12:00 am! Divided into two sets, around Colaba and Bandra, the hunt ended at Wadia Baug and was won by a team from Rustom Baug led by Rohan Sanjana. The Girl’s Football Tourney was won by DPCG ‘A’ who beat ‘Fireflies’ in the final.

Day-4 (November 11) or the Grand Finale Day of WINGS’18 started at 8:00 am, with the knock out stages of the Cricket Tournament with CJ ‘A’ beating DPCG ‘A’ in Semi Final–1 and Malcolm Baug beating Bharucha Baug in Semi Final-2. Malcolm Baug then beat CJ ‘A’ in the finals, defending their Box Cricket title. The Sepak Final was held on Court 2 with Wadia Baug ‘A’ beating last year’s champs,  CJ ‘A’. In Direct Volleyball finals, Gamadia Hostel beat Gamadia Colony by a narrow margin; The Table Tennis tournament saw an enthralling final between some of the finest in the country, as Frenaz Chipia and Zubin Taraporwala locked horns in an epic battle of the ages! Zubin Taraporwala emerged victorious. In Badminton finals, between Jehan Daboo (national player at the Paralympics) and Kareena Madon (Maharashtra’s current number one), Madon beat the defending champion. Meherzad Patel of DPCG won the FIFA tournament with Nawroze Baug’s Shahrukh as runner up. In Paintball, ‘Metal Boys’ from Gamadia Hostel and ‘Platinum Pinstripe’ from Rustom Baug faced each other in a mesmerizing final, with Rustom Baug winning the first ever Paintball Tournament at WINGS’18. Sunday also hosted the Finals of the PUBG tournament which had an overwhelming participation from over a hundred players, with a Rustom Baug squad emerging Champions. Malcolm Baug won the Throw Ball Tournament, continuing their unbeaten run at All Parsi Tournaments.

The Show-stopper of the Finale event at Wings, which is extremely popular and keenly awaited for by the Community, started at 7:30 pm, with Parsi Times as its Title Sponsor. PT Reporter, Khushnuma Dubash, covered the excitement and elation of the Talent Competition which included participants across age groups showcasing their unique talents ranging from juggling with fire, singing, b-boying and aerial dancing. The expert panel of judges comprised actor Parizaad Zorabian; singer and studio artist, Shazneen Arethna and ace choreographer Marzi Pestonji.

The show was a unique blend of breathtaking talents including participants – 18-year-old Rudabeh Vazifdar strumming her Ukulele, Gulshan Irani grooving to hit numbers; Behram Hathi, who has had the privilege of playing with the maestro Zubin Mehta, working his magic on the violin; and the Merlin Award winning magician, Zenia Bhumgara. Some of the other highlights which had the audience captivated included a special performance by singer extraordinaire, Adil Gandhi who did Elvis Presley proud with, ‘Can’t help falling in love with you’ and Cyru Dubash – the professional singer with the velvet voice, serenading the audience with Frank Sinatra’s, ‘My Way’.

Performing artists, Urviz Kakalia presented a ballet performance and dedicated the same to her mentor Late Ms. Tushna Dallas, followed by Commerce student Dhanush Dumasia entertaining the crowd with a medley of ten different songs. Up next was a fire performance by mixologist, Ami Shroff who has been voted as ‘Times Mixologist of The Year 2018’ for her exceptional work as head mixologist at the London Taxi Pub, followed by musician and actor, Paurush Irani performing a unique musical fusion of different musical genres and languages in one performance. This year, the talent competition witnessed an exceptional performance by aerial dancer, Roshni Jamadar, and Asian Games 2014 Finalist, Yashan Khambata who along with his horse galloped over various obstacles. The organisers made special arrangements to barricade the place where Yashan and his horse would perform.

Shiamak Davar trained dancer, Lianna Mistry, performed a tribute to the ongoing #Metoo Movement, and Opera singer Farah Ghadyali took the stage and mesmerized the audience with her operatic rendition of ‘Il Bacho’. Her expressions and the tremendous range of emotion in her voice was stunning. The Community’s favourite B-Boying artist, Vistasp Kothawala, aka ‘Pogo’, regaled the audience with his performance, followed by aspiring commercial pilot, Johann Daruwalla entertaining the crowd with his voice.

Farah Ghadiali won the first place, followed by Lianna Mistry in second and Vistaspa Kothawala in the third place, with a Special Mention for Johanne Daruwalla. The prize distribution ceremony witnessed the felicitation of winners of all the events held over the past four days. The event concluded with the Wings Committee being invited on stage and honoured with a standing ovation for organizing a community event on such a grand scale.

Thankful to all who helped make WINGS’18 a grand success, the WINGS Committee thanked Dinshaw Tamboli of the WZO, Percy Chaudhry of Rustomjee Builders, Nadir Godrej and Pheroza Godrej, The Bombay Parsi Punchayet, Viraf Mehta, Meher Jesia (Union Press) and Anahita Subedar of Media Partner, Parsi Times, for the continued support and encouragement. They also thank the Sir Ness Wadia Memorial Pavilion for allowing the use of their ground and facilities for the event, without whose backing and support, the event would not have tasted such success. 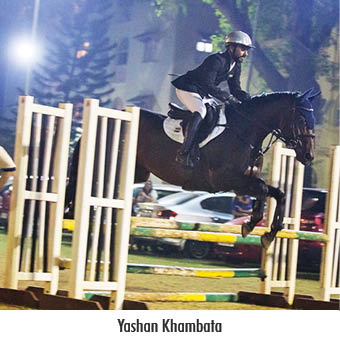 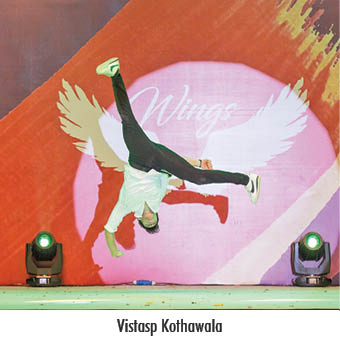 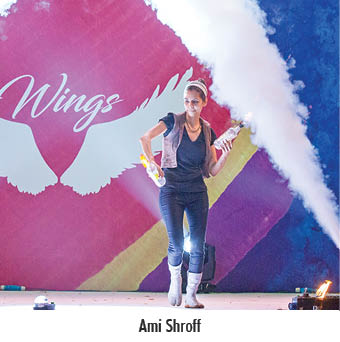 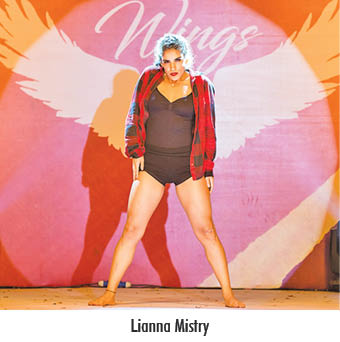 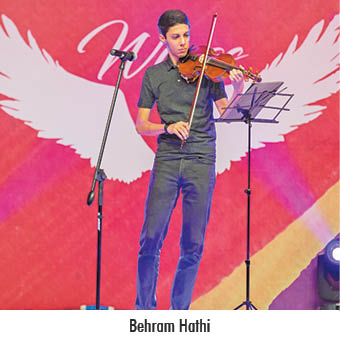 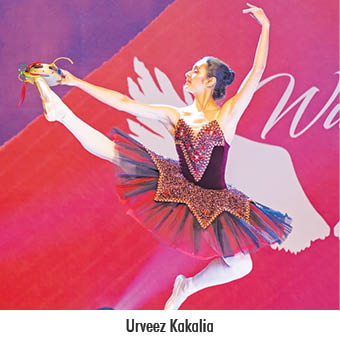